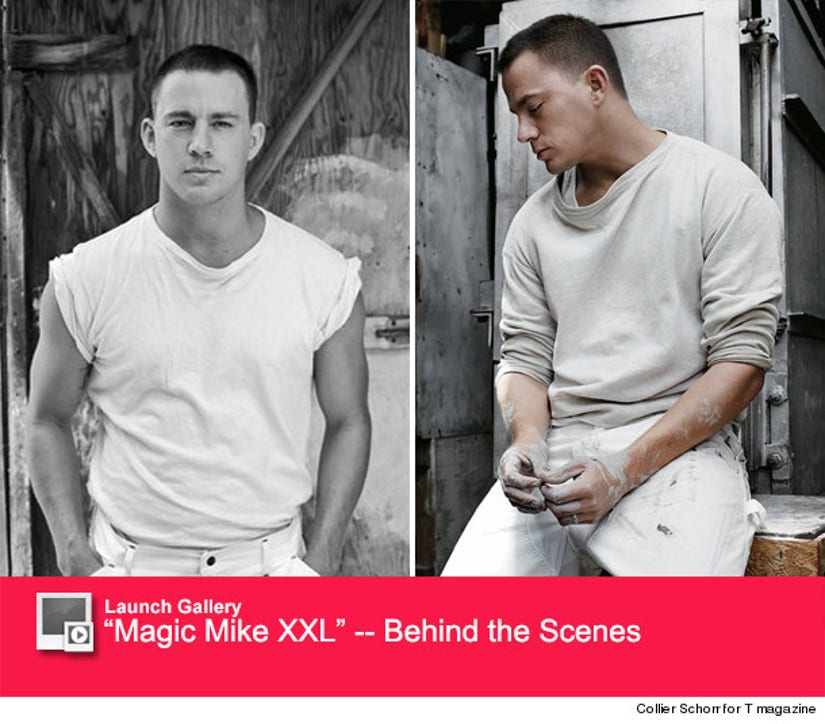 Channing Tatum had a rocky start before finding fame.

The sexy star covers T magazine where he opens up about struggling in school as a kid, finding his niche in entertainment and being a father.

When the "Magic Mike" star was a child, he was diagnosed with ADHD and dyslexia, and did pretty poorly in school as a result.

"I have never considered myself a very smart person, for a lot of reasons," he tells the mag. "Not having early success on that one path messes with you. You get lumped in classes with kids with autism and Down Syndrome, and you look around and say, Okay, so this is where I'm at. Or you get put in the typical classes and you say, All right, I'm obviously not like these kids either. So you're kind of nowhere. You're just different. The system is broken. If we can streamline a multibillion-dollar company, we should be able to help kids who struggle the way I did."

While Tatum struggled with academics throughout his early education, he also reveals that he really didn't know much about the arts and entertainment either until he moved to New York.

"It's just weird that for some people art is a luxury," he says. "My parents had no artistic outlet. Some people pass down music to their kids, but I couldn't tell you what my mom's or dad's favorite song is. So when I started going out into the world, I was drawn to people who knew about movies, art, even fashion. I went to New York and did the whole modeling thing, and I just learned everything I could from anybody who knew something I didn't. I've had a few John du Ponts in my life, to be honest. I think that's one thing I'm pretty skilled at. I can look at a person and say, They've got something that I want up there in their head. I'm going to do my best to get in there and absorb it. My mom said, 'Be a sponge.' And so I've learned more from people than I have from school or from books."

Clearly, all of the 34-year-old's hard work has paid off -- he's one of the biggest names in Hollywood these days and he also has a solid family life with wife Jenna Dewan-Tatum and their daughter Everly.

Fatherhood does pose it's own challenges for the "Step Up" star, though. But the actor says being a dad has him learning something new everyday.

"You notice your behavior, like, Wow, I don't have much patience right now. Why is that? You spend the day watching this thing constantly taking in information, and you have to be sure you're making that happen. At the end of the day when I put her to bed, I feel glad to have some peace but say to myself, 'That was so much fun,'" he confesses.

We love seeing Channing's vulnerable side -- what do you think about his candid comments? Sound off below and click "Launch Gallery" above to see new photos from "Magic Mike XXL"!