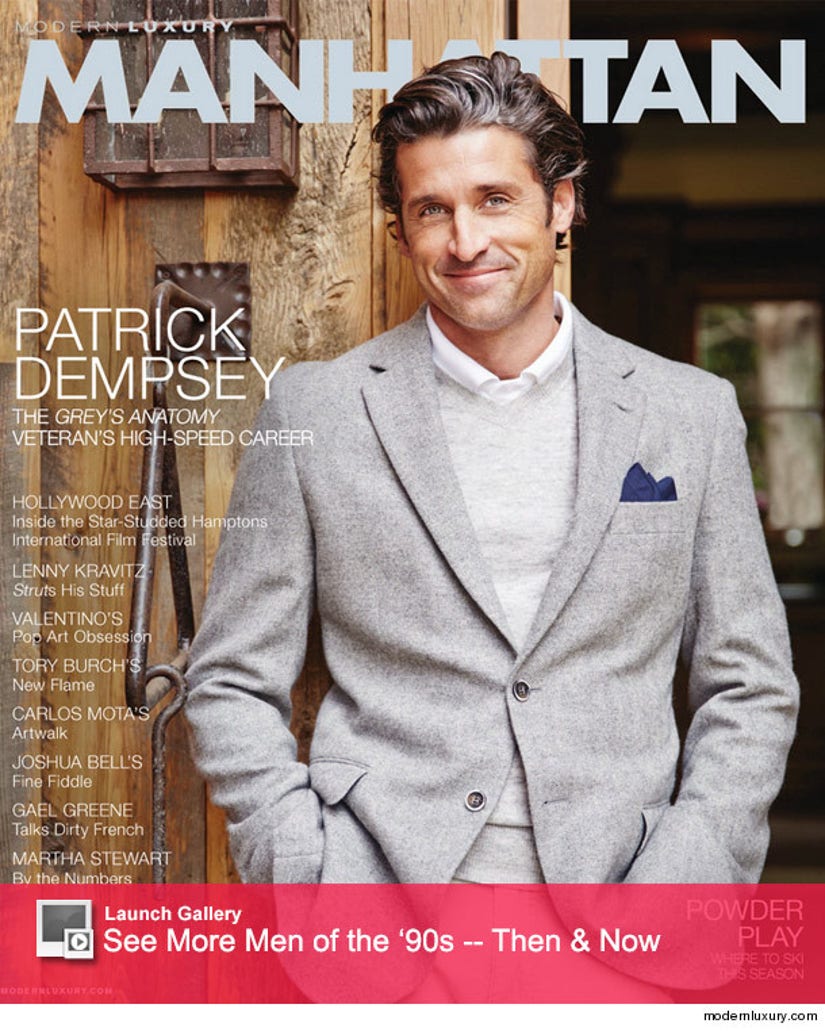 Patrick Dempsey and Ellen Pompeo really do have a spark!

The sexy star covers the new issue of Manhattan magazine (via Just Jared) where he opens about auditioning for "Grey's Anatomy," his cancer center and racing cars.

When Dempsey first tried out for the show, he was finally cast as Dr. McDreamy only after his reading went really well with the show lead Ellen Pompeo.

"At first I thought [Shonda] hated me, but she was calculating in her head where to put me and what I'd be right for…they liked me, but they wanted me to do a chemistry read with [Pompeo]. I had an immediate connection with her because she has a Boston accent, and I'm from Maine, so that disarmed me," he tells the mag.

We love that the on-screen couple really do have a connection off-screen, too!

"My experience…is that the doctors have such a huge workload; they're trying to do everything that they can; the nurses are so vitally important as well—but then what happens to the caregivers and the family members? There is a real void, and that's how the center came about, [with the] thinking: How do we help those people? The human touch is so healing, and when people come into the center, they're greeted usually by cancer survivors themselves who already know what's going on and are compassionate. I think that's really important, and sometimes you don't get that," he explains.

And when he's not performing brain surgery at the Grey Sloan Memorial Hospital, the 48-year-old spends his free time racing cars.

But, the "Sweet Home Alabama" star's wife Jillian Dempsey is not the biggest fan of his new hobby. “I think she kind of wishes she hadn't allowed me to start racing because it's become a full-time business and occupation outside of, and on top of, everything else I'm doing," he reveals.

"She got the new Porsche 911 Targa as an anniversary present and now says, 'I completely understand why you love cars and the rush of it!' If you're in a performance car there's definitely a sensation that you get that is indescribable."

Well, we can't wait to see what the sexy star does next -- what do you think about the "Enchanted" actor's candid comments? Sound off below and click "Launch Gallery" above to see even more men of the '90s then and now!