"The Good Wife" star stopped by Monday's "Conan" where he chatted with Conan O'Brien about Shia's eccentric behavior and arrest during one of his Broadway "Cabaret" shows.

Check out the video above to see what Alan had to say about the whole ordeal and if he forgives the 28-year-old!

So what was his take on the LaBeouf's aggressive behavior?

"There was an atmosphere – when I went down to go onstage and start the show, everyone was freaking out, because there was, you know, someone who seemed to be a crazy person," he continued.

But it definitely seems like the actor has forgiven the former Disney star, he's even over the whole butt-slapping incident that also occurred the same night with Shia.

"He did say that the reason he did it was that I was the sexiest man he had ever seen," Alan added.

Well, looks like there's no bad blood between the two stars -- what do you think about the actor's candid comments? Sound off below and check out the gallery to see even more celebrity feuds! 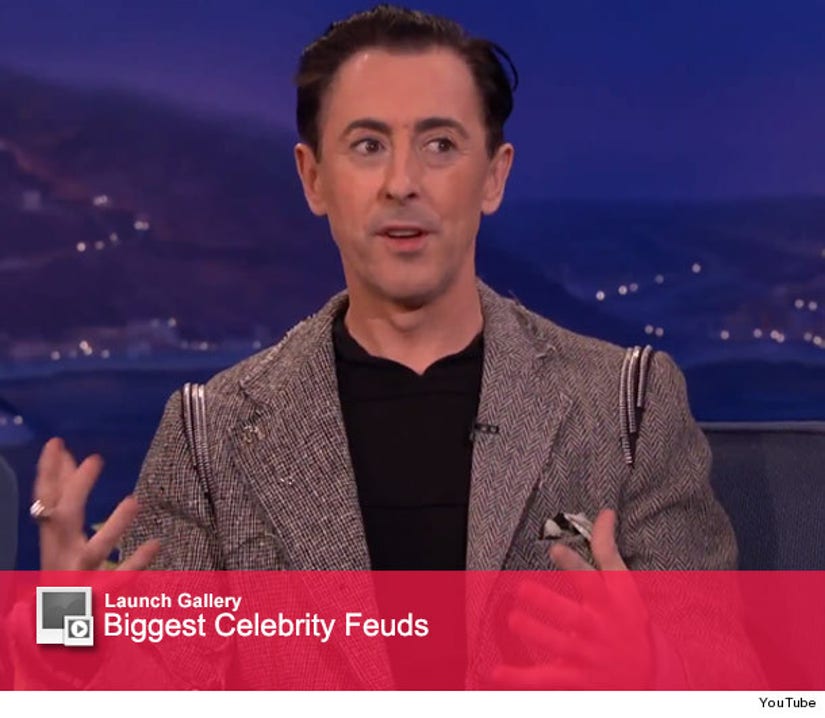