During an appearance on "The Ellen DeGeneres Show" Tuesday, the "2 Broke Girls" star reveals she couldn't stop looking at Kim Kardashian's assets﻿ when the reality star filmed her guest spot on the CBS sitcom.

"I didn't know what to expect because she's so famous," the actress tells Ellen DeGeneres. "I was very nervous because I've seen so many episodes, and she was very sweet. She was very nice. And her ass is amazing! I am all for feminism and girl power, but I was just so in love with her ass." 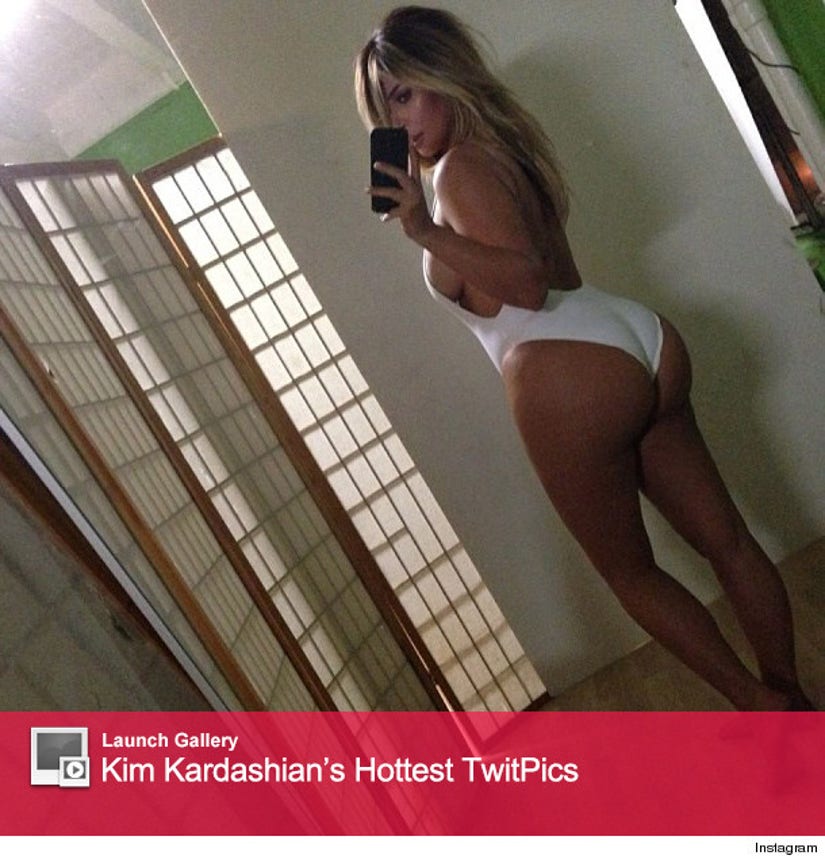 Dennings' costar Beth Behrs couldn't ignore Kim's killer curves either! "She would turn around and Beth and I would [mouth], 'Oh, my God!' It's beautiful. She's gorgeous. It's just amazing. I've never seen an ass like that in my life," Kat recalls.

Check out the clip above to hear more about what it was really like to work with North West's mama!

"He's very witty on the Twitter and I saw his little tweets...and sometimes we would [tweet back and forth]. But, yeah [Beth's] always talked about how great he is," she explains.

"They've been friends for years. And she thought we were both, you know, nerds. So there, she was right," she added. Watch the video above to hear Kat gush about the singer!

After the interview, Dennings plays a round of "60 Seconds or Else" to raise money for breast cancer awareness. She has to answer 10 questions (about cats) correctly ... or else a mystery bucket gets dumped on her head. See how she reacts to all the creepy spiders!