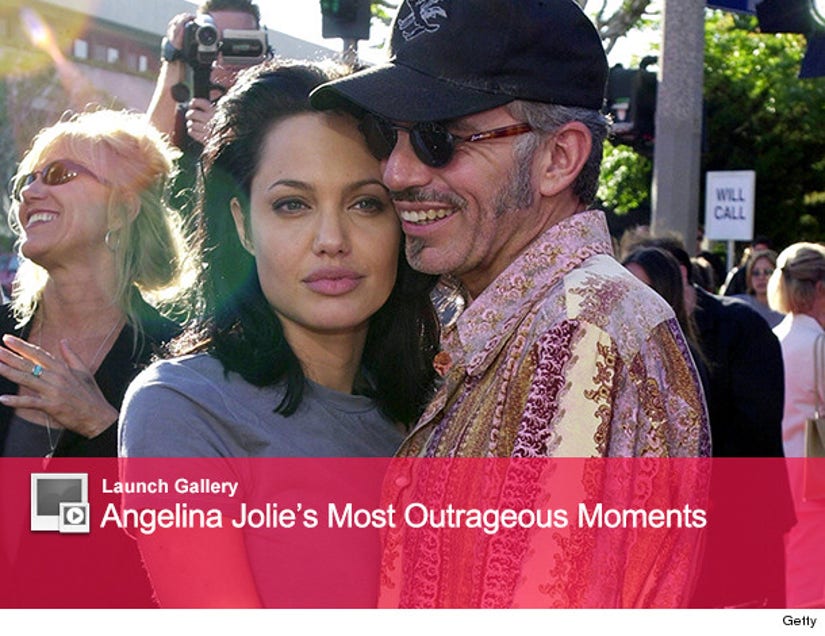 Billy Bob Thornton is finally opening up about that infamous blood vial he wore with Angelina Jolie!

The actor stopped by Loyola Marymount University's School of Film & Television last week for a Q&A with the students.

During the questions portion of his visit, Thornton was asked about that time he and Angie swapped vials of blood ... and sported them around their necks.

"[A] vial of blood is very simple. Angie came home one day with a kit she bought," he told the students. "You know those lockets you buy that are clear and you put a picture of your grannie in it or something like that and wear it around your neck? That's what it was. She bought two of those. We were apart a lot because she's off making 'Tomb Raider' and I'm making 'Monster's Ball.' We were on opposite ends—we see each other for two weeks and whatever."

"She thought it would be interesting and romantic if we took a little razorblade and sliced our fingers, smeared a little blood on these lockets and you wear it around your neck just like you wear your son or daughter's baby hair in one. Same thing. From that we were wearing quart jars of blood around our necks," he joked. "And we were vampires and we lived in a dungeon."

Although the eccentric pair divorced in 2002, Thornton and Jolie have both stayed in touch. Back in April, the "Fargo" star told YourTango that the actress still checks in on him.

"She makes sure I'm doing okay," he told the site, while speaking about their current friendship. "I make sure she's doing okay."

Well, it's nice to know that the jewelry was just a touch of blood and not an entire vial -- what do you think about the actor's candid comments?

Tell toofab below and click "Launch Gallery" above to see more of Angelina's outrageous moments though the years!