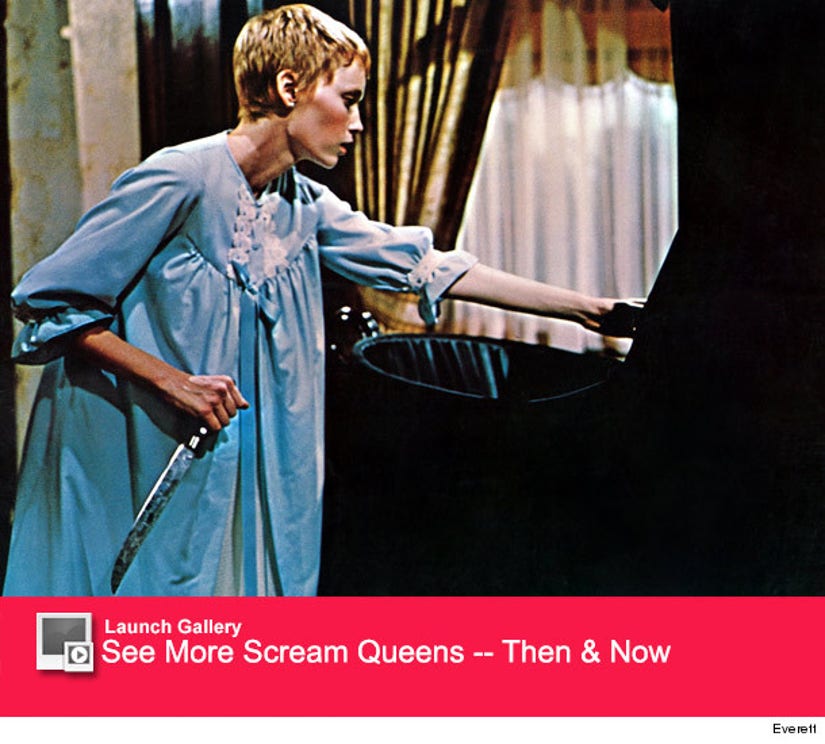 1. The film's producer, William Castle, bought the movie rights before the book was even published, after a literary agent smuggled the manuscript and gave it to him.

2. Robert Redford, Jack Nicholson and Warren Beatty were all considered for the role as Guy Woodhouse. Redford was top choice but turned it down. Nicholson tested for the role but Director Roman Polanski said his "sinister appearance" ruled him out. Beatty also turned down the role.

3. The movie was said to be "cursed." One year after the opening, Polanski's wife Sharon Tate was murdered, Castle suffered kidney failure and soon died after filming was completed and the film's composer, Krzysztof Komeda, died in a freak accident.

4. Mia Farrow was a strict vegetarian, but Polanski asked her to eat raw liver in a scene. She agreed, but it didn't go down easy.

5. "The Bramford," which was used for several exterior shots, is actually The Dakota -- the same New York City building where John Lennon was killed.