Taylor Swift took to the stage in front of 15,000 fans for "Jimmy Kimmel Live's" outdoor concert, where she performed "Shake It Off" and "Out of the Woods" in the middle of Hollywood Blvd.

Before the show, the blonde beauty sat down with the late night host to talk about her new album, "1989." She admitted that she's not nervous about how fans will react to the album when it drops Tuesday.

"I'm more confident about this album than I've been about any of the other ones I've put out, which is a really nice feeling," she said. "But it's almost like you're releasing this thing into the world that you've spent two years with it, and it's just been mine for two years and now it's everybody else's. I'm like sending it off to college." 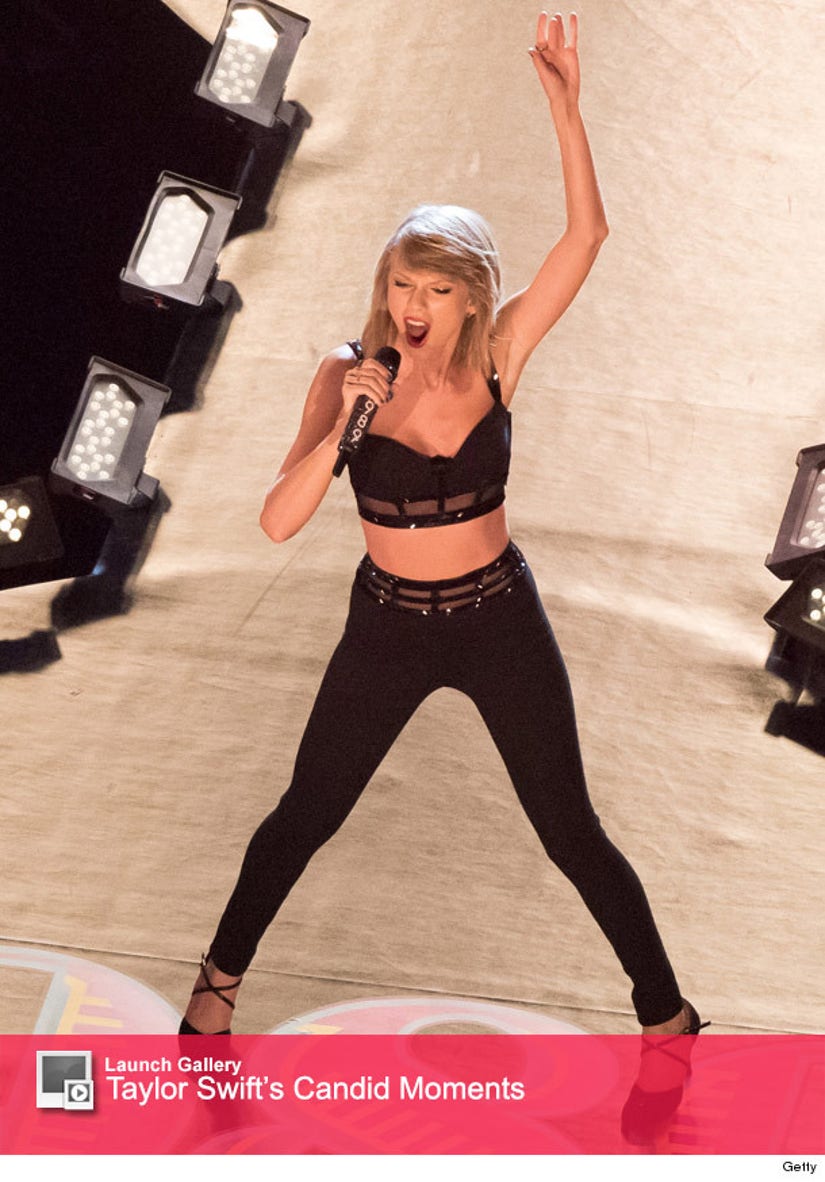 Kimmel also reminisced about a time when Taylor and her mother visited the show ten years ago.

"Taylor came to our show with her mom and her guitar, and somehow she got a hold of the guy who books the bands here, Scott Igoe, and she asked if she could play a song for him. And he said, 'No, you can't be in the greenroom, we serve alcohol here. You're too young. You have to go.' So he threw her out," Kimmel recalled. "He threw Taylor Swift out of our building!"

Swift made it clear there were no hard feelings. "All's well that ends well," she said. "I think of it like this: you probably would have gotten in more trouble with Jimmy had he wandered out and been like, 'Why is there this random 14-year-old tiny child sitting here with a guitar case? What's happening here?'" Check out the clip below to hear the rest of the story.

We don't think that affected Taylor's successful career -- check out her performance at the top!