Ewan McGregor went head to head against Jimmy Fallon, the amazing Charles Barkley and Wilco's Jeff Tweedy in a game of charades on "The Tonight Show" on Monday.

The Scottish actor made sure he understood the rules of the game, but despite his greatest efforts, he couldn't act out "Bride of Frankenstein" for Tweedy. McGregor even accused Fallon of cheating by sneaking a peek at the answers when he guessed correctly -- shouting, "You've been here all day, you could've looked at them!" 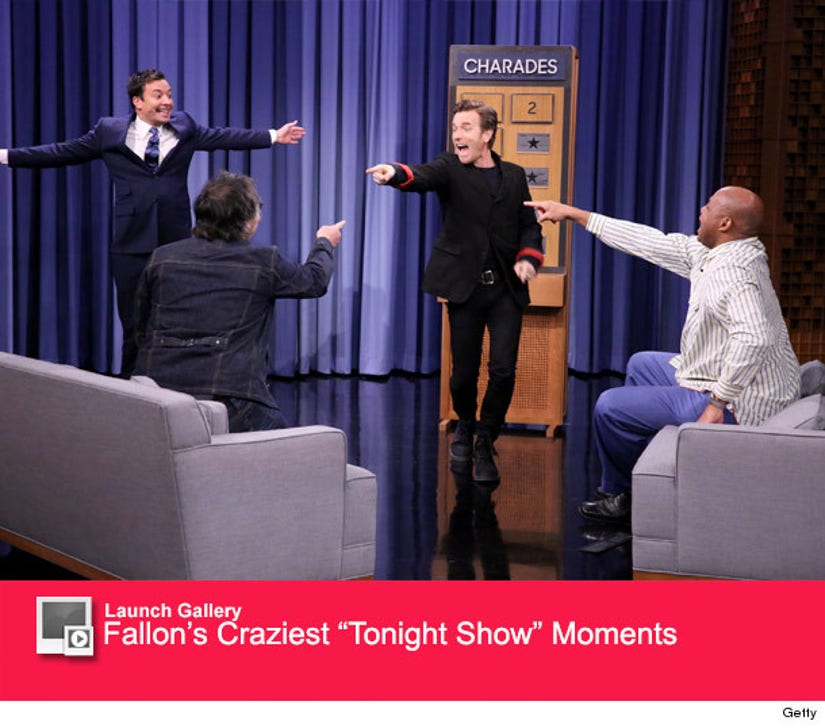 The late night host went up next. The game took a funny turn when Fallon attempted to get Barkley to guess "Teenage Mutant Ninja Turtles."

Watch the clip and see who had to act out "Ice Ice Baby" ... and find out who took home the win!