Ashton Kutcher is throwing some major shade at Charlie Sheen!

The actor made his first public appearance since welcoming his son with Mila Kunis on Tuesday, when he stopped by for an interview with Conan O'Brien.

During the 1-on-1, The "That '70s Show" alum was asked about the final season of "Two and a Half Men" and recent reports that Sheen wants back on the show for the series finale.

"You know, I kind of...I just kind of stopped listening to things that Charlie Sheen says," Kutcher said of the fired cast member he replaced. "Charlie Sheen has become like a parent on Charlie Brown to me. It's more like, 'Wah wah wah.'"

"I just keep saying, 'Thank you for the great job. I've got an awesome job and it's thanks to you not having it anymore, so thank you. But 'wah wah wah.' I'm just gonna keep going to work and collecting the check, so whatever," he continued.

Check out the clip above to hear what else he said about Sheen! 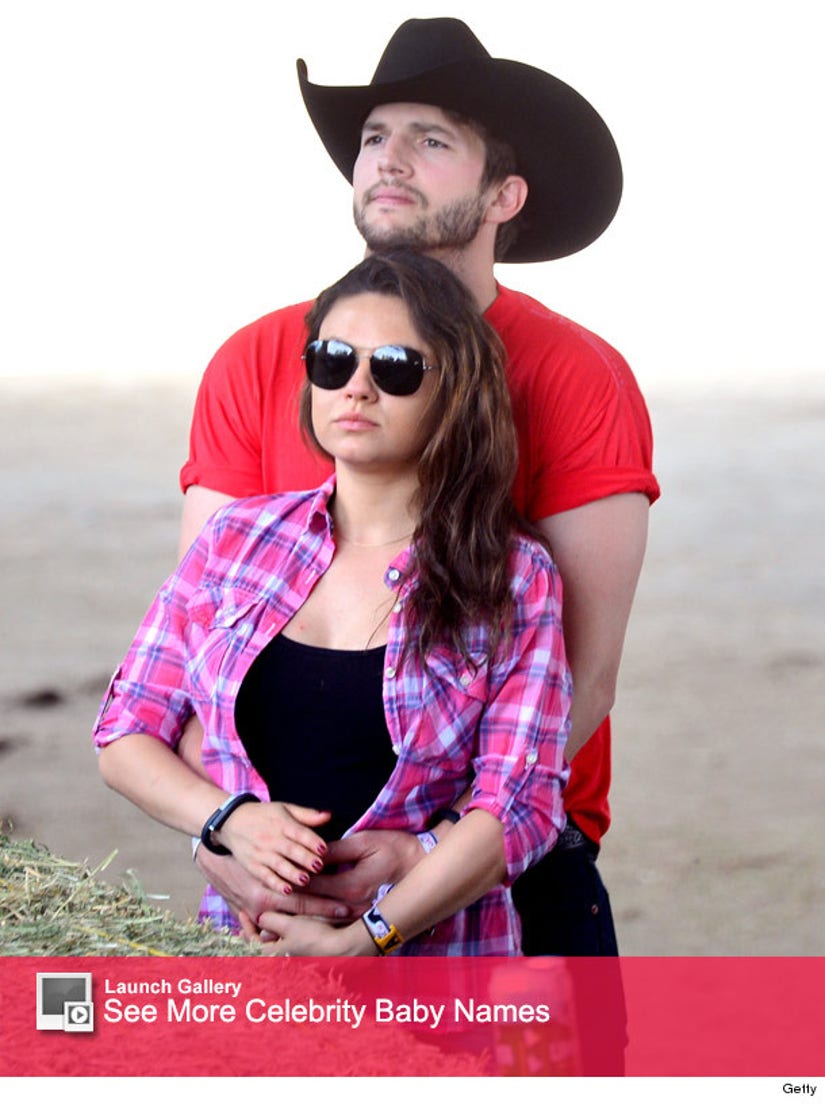 Kutcher also talked about fatherhood for first time, and he revealed how his daughter Wyatt Isabelle got her name.

"We were going to a Lakers game and I've got name Tourette's. I just started listing off anything and everything that I saw," he explained. "I was like, 'All right I've got a really dumb idea. What about Wyatt?' [Mila Kunis] goes, 'That's it.' I was like, 'Really? I did it?' She was like, 'Yeah, that's it.'"

"We gave her the middle name Isabelle after Mila's grandfather...so it has a little heritage," he added.

See what else he said about his little girl below!