With so much news about Ebola patients in New York, the "Dumb and Dumber To" star wanted to make sure he was in a disease-free zone during his Wednesday night appearance on "The Late Show with David Letterman."

So, of course, he tested the late night host for Ebola!

"This goes in your ear or your mouth or anywhere you feel like," Carrey told Letterman, holding up a thermometer. "Have you ever kissed a monkey or licked an airport toilet seat?" he asked. 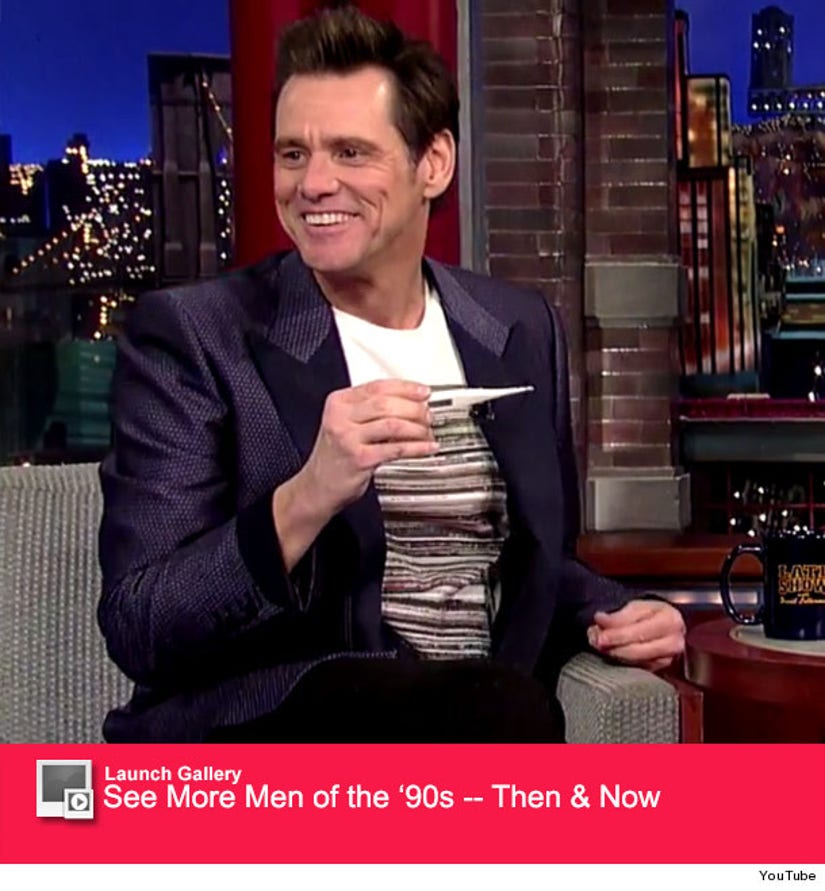 Letterman asked if the actor is concerned about contracting the disease as he travels around promoting his new film. "Once you've done a couple of press tours, you welcome death," Carrey replied.

"I've been married a few times, and it takes a lot to scare me," he added.

Check out the clip above to hear more of Jim's hilarious questions for Dave!