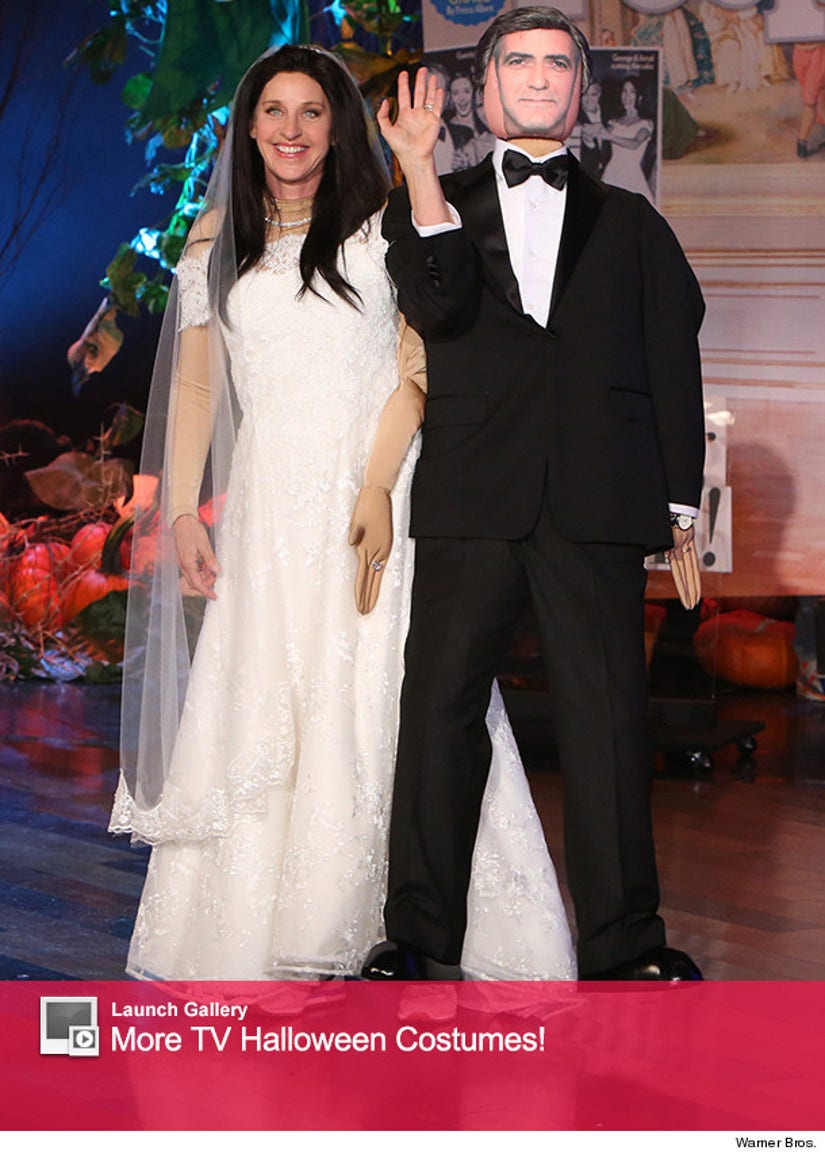 This has to be one of the most fun days of the year -- as all your favorite morning and talk show hosts dress up in some crazy costumes for Halloween.

In the past, Ellen Degeneres has really outdone herself with her getups, dressing as Sofia Vergara (with a wardrobe malfunction, no less) and Nicki Minaj, but this year ... wow. DeGeneres wasn't just one person, but two, going as both George Clooney and his new wife Amal Alamuddin.

Her guests also dressed up -- see Daniel Radcliffe and Katie Lowes in their costumes in the gallery above.

And watch Ellen's big reveal below:

The crew over at "Today" had a hard time topping their transformations from 2013 too. Who could forget the visual of Matt Lauer running through the Plaza as Pamela Anderson from "Baywatch," right? But this year, they went all out as memorable characters from "Saturday Night Live."

The Spartan Cheerleaders, Mary Katherine Gallagher, Hoda and Kathie Lee as Wayne and Garth from "Wayne's World," The Blues Brothers and Lauer as Pat, with Julia Sweeney in the house!

Over at "Good Morning America," there was quite the array of looks -- including Maleficent, Elsa, Prince George and Jennifer Lopez. We also got another Clooney and Amal -- though Ellen definitely did it better.

They went costume crazy at "Live with Kelly & Michael." There were more costume changes than we could keep track of, with Kelly Ripa and Michael Strahan stressing as "Game of Thrones," Kim Kardashian and Kanye West, "Mad Men," "Peter Pan" and "Orange Is the New Black."

See all those costumes in the gallery above too.

"The View" kicked off with a parade of elaborate getups as well. Whoopi Goldberg showed up as Black Swan, Rosie O'Donnell did Edward Scissorhands, Rosie Perez was Cleopatra and Nicolle Wallace was Effie from "The Hunger Games."

We got another Kim Kardashian at "The Chew," with Michael Symon really showing some dedication by putting his big posterior on display during the taping. He was wearing an outfit similar to the revealing getup the reality TV star sported at the GQ Men of the Year Awards last month.

Expect even more goodness when we get shots in from "The Talk" later today.

We'll keep updating this post as more pics come in!

And check out the gallery below for more of this year's best celebrity costumes. Who's your favorite so far? 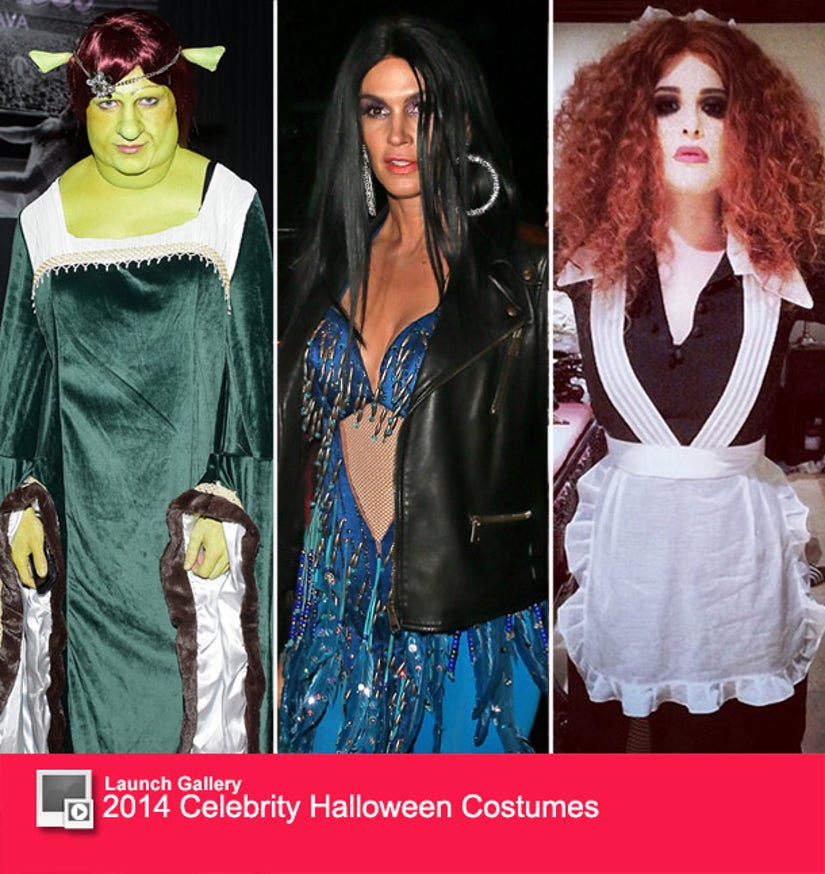