Selena Gomez is finally ready to talk about her tumultuous relationship with Justin Bieber!

The "Come & Get It" singer dropped a new music video for her latest single "The Heart Wants What It Wants" on Thursday, and she's getting extremely candid about the "Boyfriend" crooner in the clip.

Check out the video above to see the emotional video!

Before the music video goes into the song, you can hear Gomez talking in the first few seconds about the Canadian pop star.

"I know him though, and I know that I know his heart, and I know what he wouldn't do to hurt me," she emotionally explains. "But I didn't realize that I'm feeling so confident and feeling so great about myself and then it [can] just be completely shattered by one thing, by something so stupid. But then you make me feel crazy, you make me feel like it's my fault. I was in pain."

The 24-year-old chatted with Ryan Seacrest on Thursday, where she did in fact confirm that the song and video is about her relationship with Justin -- he even got to see the video before Gomez released it!

"He thought it was beautiful," the Disney star told Ryan about the "Baby" singer's reaction. "I think it was really hard. I think he was a little jealous of the video guy at first [she joked]. Honestly, music is an expression, and if you will be that voice for these girls, there are some people that feel this. This is universal."

While the video was shot over a year ago, Selena hopes the song will resonate with her fans who might be dealing with similar feelings.

Gomez even got the seal of approval from her BFF Taylor Swift. "She loved it. She's very dramatic and I love her so much," she explained.

"So she came over to the house, and I played it. She had headphones in, and she watched the video, and then she just looked at me, then she looked back, and then played it three times over and over again. And I'm like, 'I want to know,' and she was like, 'Oh my God. This is amazing. I'm so excited for you.'"

What do you think about Selena's emotional new video? Tell toofab in the comment section below and check out the gallery to see even more surprising celebrity splits! 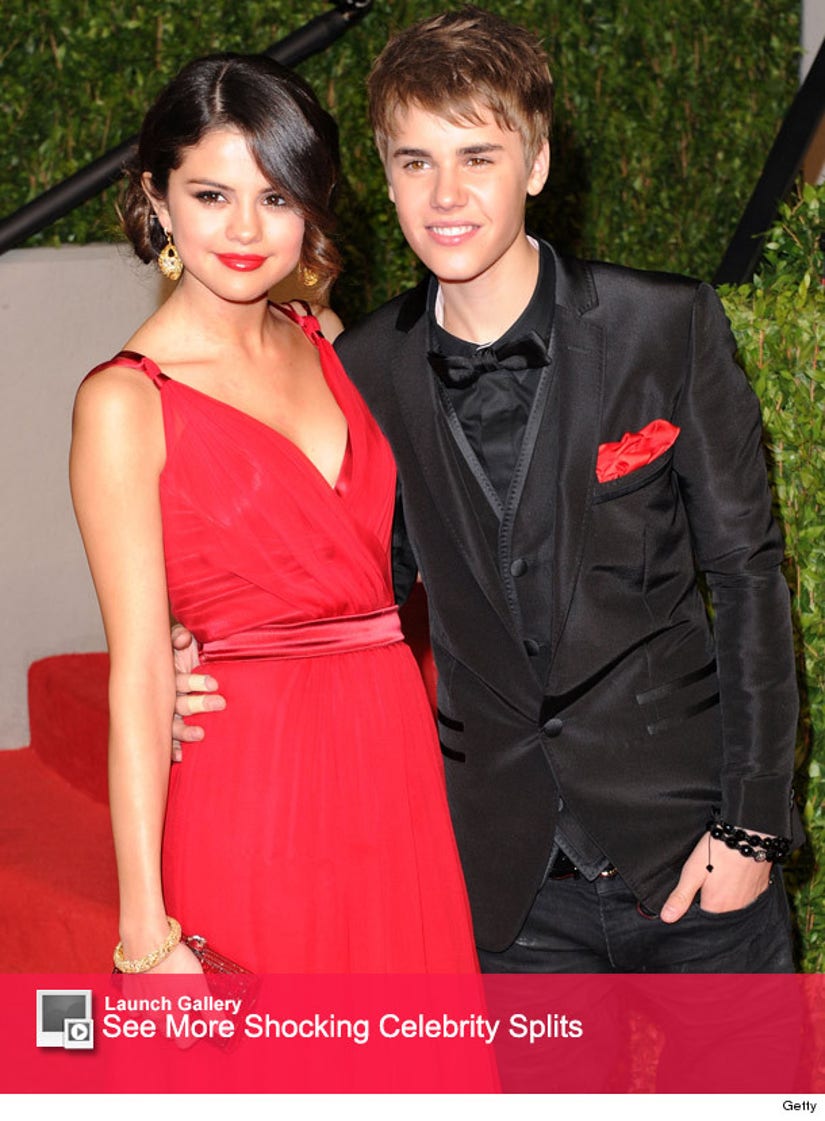