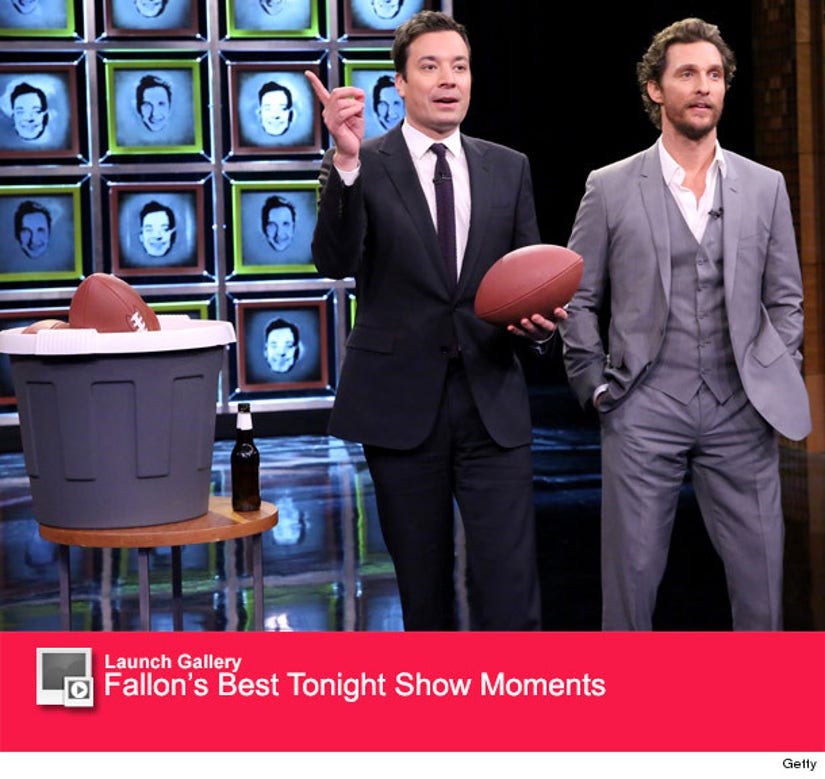 Matthew McConaughey stopped by "The Tonight Show" on Thursday to promote his new blockbuster sci-fi drama "Interstellar" and played a game of "Facebreakers" with Jimmy Fallon.

The rules of the game are simple: the players throw footballs at a wall of glass panels, which feature either an image of either Fallon or McConaughey.

"Don't confuse the faces, we look very much alike," the late night host joked to the audience. "First person to smash all of their opponent's faces, wins!"

While the Oscar-winning actor was worried that Fallon had "home field advantage," he struck first by hiting Fallon's glass panels square in the face. At one point, he even led Fallon 3 to 1.

But, Jimmy definitely held his own before the game became a glass-shattering free-for-all!

The football battle ended with a celebratory beer ... of course. Check out the clip to see who came out on top.