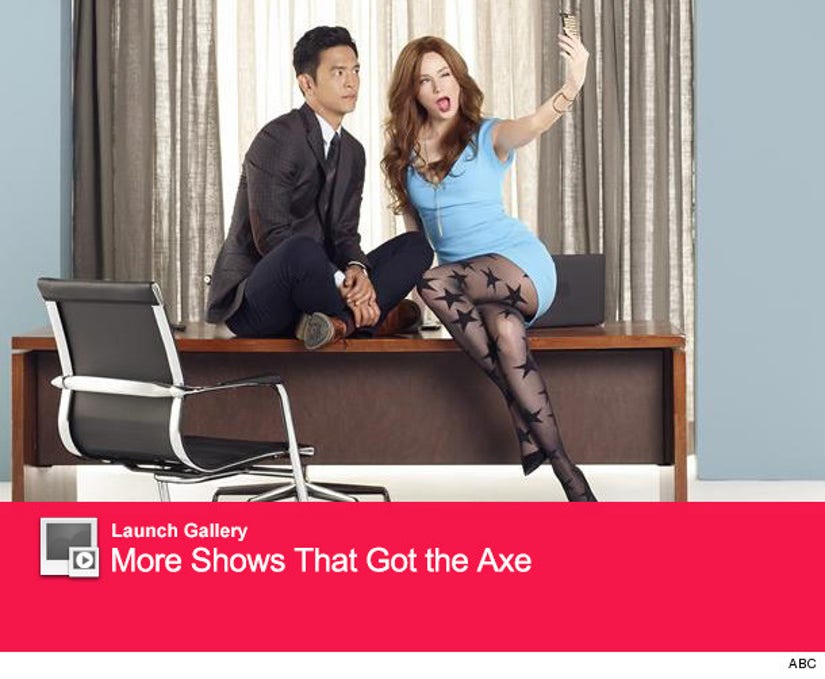 ABC will not be taking another "Selfie."

The network has opted not to order more episodes of the freshman comedy series, which centers on the life of Eliza Dooley (Karen Gillan) -- a woman obsessed with the idea of achieving fame through social media, who seeks the help of image guru Henry Higgs (John Cho).

ABC said the comedy will be on next Tuesday, but it's unclear how many of the remaining episodes will air beyond that.

But "Selfie" isn't the only new show to get the axe!

ABC made the first cancellation of the season, cutting the low-rated romantic comedy "Manhattan Love Story" after just four episodes. And while NBC hasn't officially pulled the plug on "Bad Judge" or "A to Z," they didn't pick up additional episodes like they did for "Marry Me," meaning they're both essentially dunzo.

The poor ratings seem to be a common theme for freshman comedies. Only ABC's "Black-ish" has received a full-season order so far this season.

Click "Launch Gallery" above to see the other shows that didn't make the cut!

Which cancellation are you mourning the most? Sound off below.