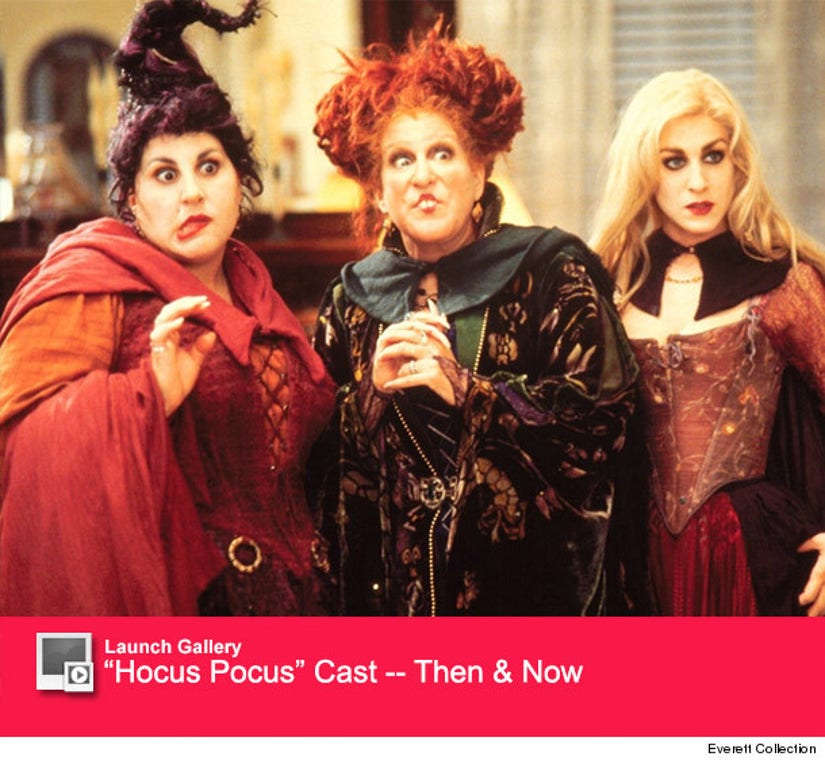 Bette Midler has revealed that she's ready to make a sequel to the Halloween hit, "Hocus Pocus" -- but, she it's up to YOU to make it happen.

"You have to go to send in your cards to the Walt Disney company," she said during a recent Reddit AMA. "The ball's in their court."

After the Q&A session ended, the veteran actress returned to the site to urge users to contact Disney with requests for "Hocus Pocus 2."

"Inundate the Disney company, because I have canvassed the girls and they are willing to do it, but we have no say in it, so if you want a HOCUS POCUS 2, ask the Walt Disney company," she wrote. "You have been so adorable. This has been most enlightening. SISTAHS!"

As Bette said above, Sarah Jessica Parker and Kathy Najimy, who played the other two Sanderson sisters in the 1993 original, are on board to reprise their roles as well.

Najimy responded to Midler's comments with the following statement:

"I have read Bette's quote and I agree. The outpouring of love from Hocus-ites has been astounding. The creativity of their Sanderson sisters costumes, posters, artwork, T-shirts, statues, TV stills, photos, compliments and line quotes have blown up social media and I want them to know.. We see and appreciate it all. When a film is being shot, you never quite know the impact.. If it'll be a hit or a miss, and..with this one...we hear y'all loud and clear! A sequel is totally in The Disney company's hands-- And it will be exciting to see what transpires!"

Would you want to see "Hocus Pocus 2"? Sound off below and contact Disney ASAP!