Kim Kardashian doesn't respect her older sister ... at least according to Kourtney Kardashian.

In some preview clips from this week's "Kourtney & Khloe Take the Hamptons," we see major drama unfold after the oldest Kardashian sister gets an e-vite to North West's Kidchella-themed birthday party.

The issue: It's being held at Kourt's house ... without her permission!

Check out the video above to see Kourtney's reaction to the e-vite, which she doesn't think she was ever meant to see.

The expecting star and baby daddy Scott Disick didn't want guests at their pad before they had time to finish it and host a party there themselves. While Kim had asked Kourtney if she could hold Nori's b-day bash at their new abode, she said no ... leaving Kim to organize it behind her back!

Check out the video above to see what happens when Kourtney flies from the Hamptons to Los Angeles to surprise Kim and confront her about explicitly defying her.

Despite the drama going on behind the scenes, the photos from North's party looked like everyone had a great time. And, with a ferris wheel, stages for karaoke and more, how could they not?! 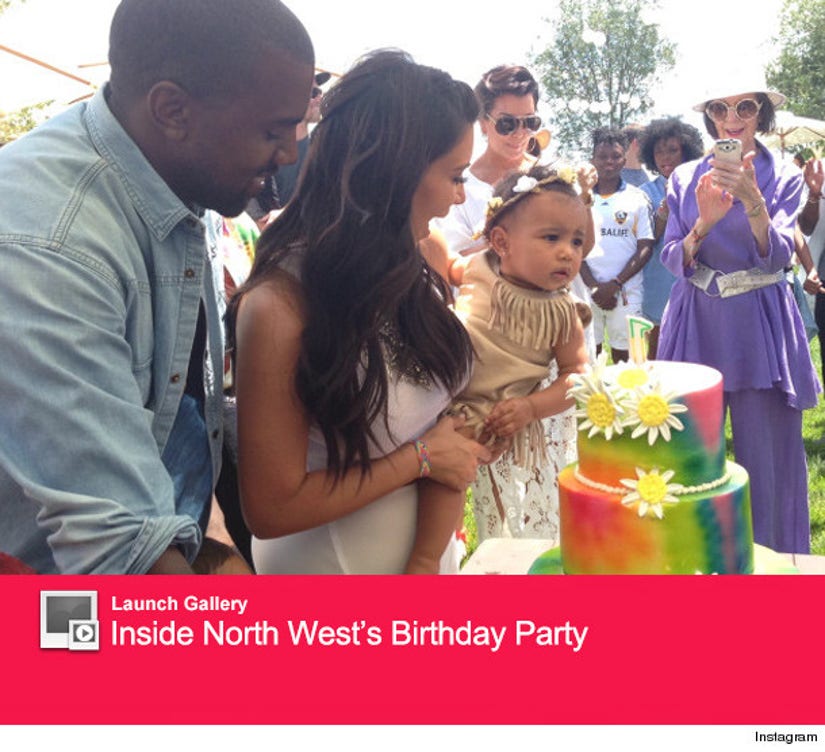