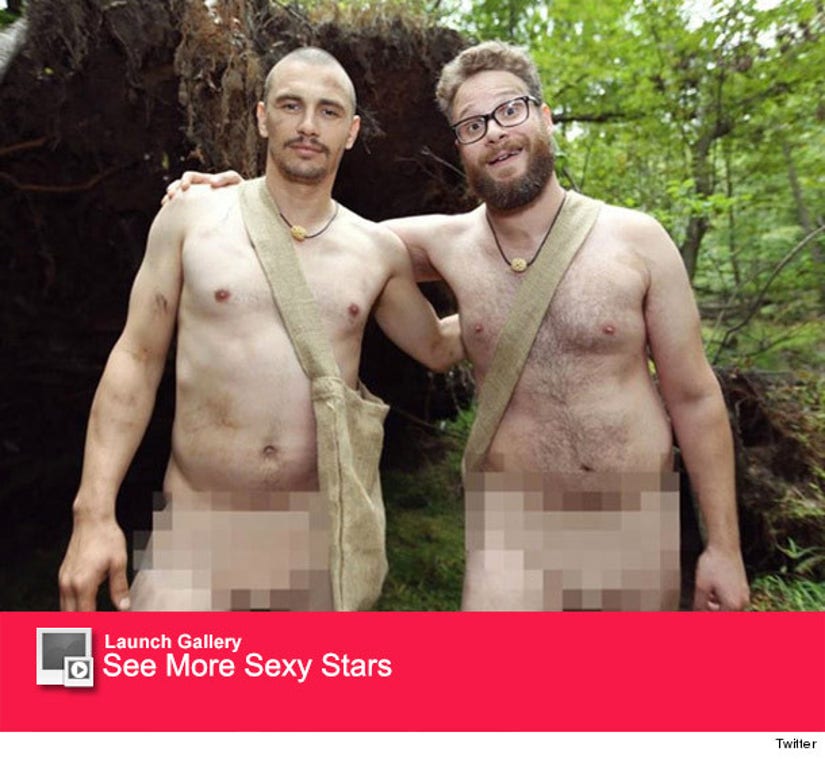 James Franco and Seth Rogen are taking on "Naked and Afraid."

To promote their upcoming comedy flick "The Interview," the actors are baring their naked bodies for an appearance on the Discovery Channel reality show.

In a hilarious promo clip below, the pair meets in the woods, and they are shocked to see that they've been teamed up.

"You're supposed to be a hot Australian-like survivalist!" Franco tells Rogen, who asks him, "Do you know anything about surviving out here?"

"I'm glad it's you brother," Franco replies, before they share a naked hug.

"Honestly, I was a little surprised," James admits in the confessional. "I was hoping I'd be teamed up with a woman, but I guess Franco is the next best thing. He's pretty much hairless. Take your glasses off, he's pretty much a woman," Seth adds.

After they check each other out, the onscreen BFFs dance and flap their penises around -- check out the clip above to see for yourself! 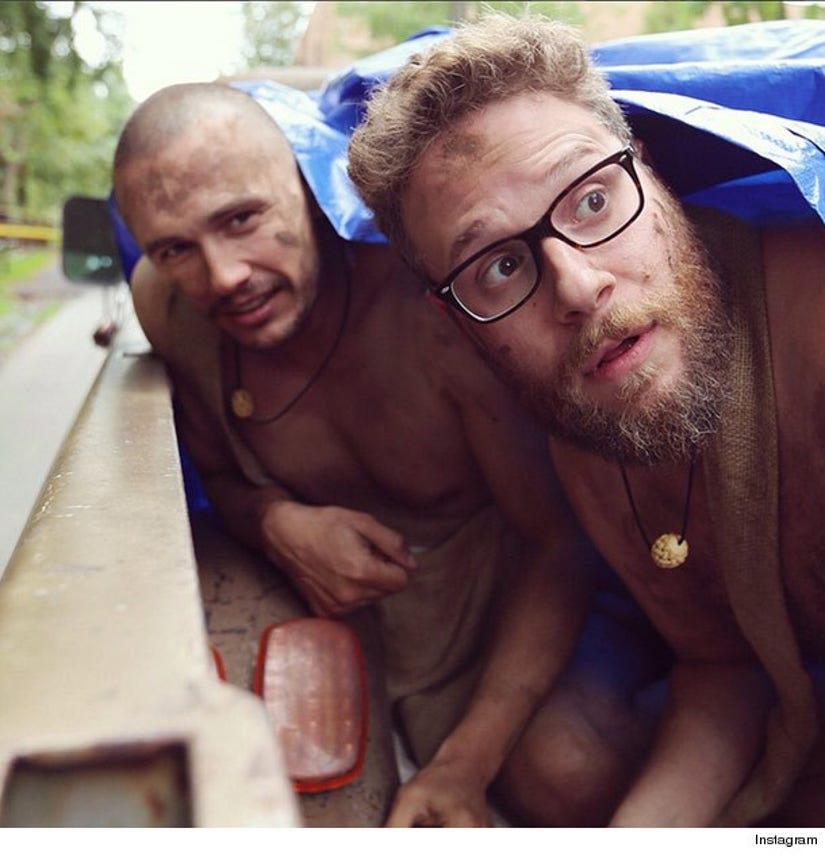 Last month, Franco and Rogen took to Instagram to tease their "Naked and Afraid" appearance. "See if me and seth can make it, NAKED and AFRAID!!!!" James wrote. "Boom, boom NAKED and Afraid. Me and Seth, in the bush, naked, together. For Reals."

Their episode of "Naked and Afraid" will air on Dec. 7 -- will you be watching? Sound off below!