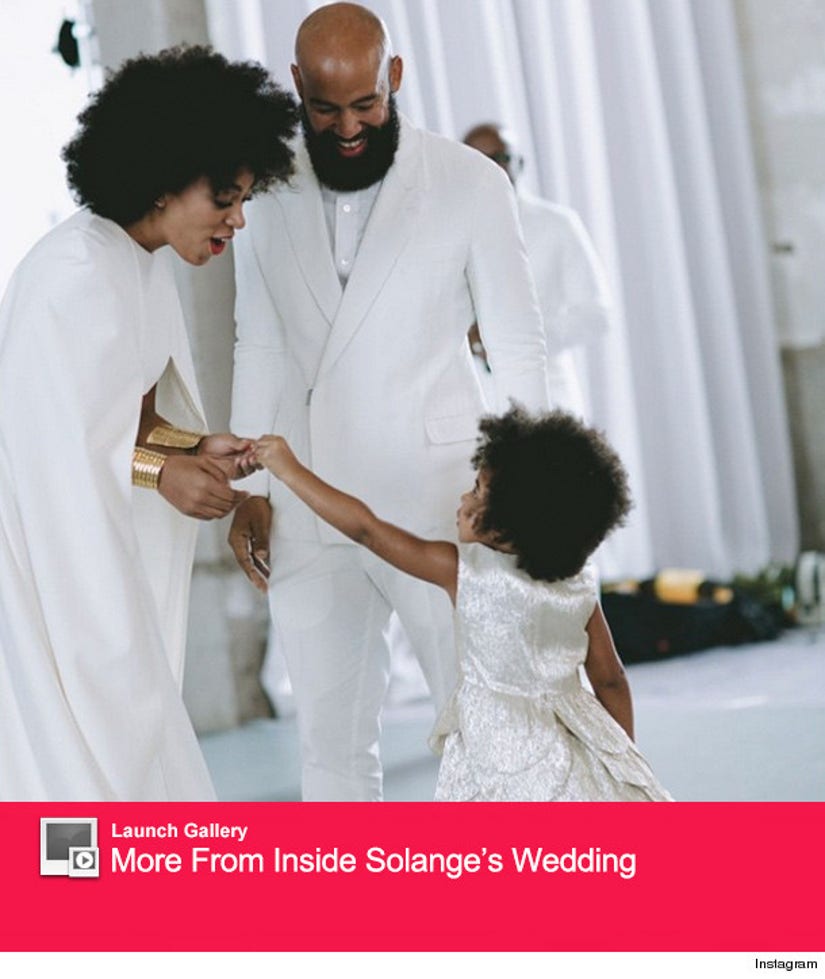 Beyonce Knowles took to Instagram last night to share a photo of her daughter, Blue Ivy, at her sister Solange's wedding -- and it's downright adorable.

Sporting a beautiful, shimmery princess dress, the two-year-old is seen holding hands with her aunt as Solange's husband looks on, laughing.

Like everyone else in the wedding, little Blue was also wearing white.

Solange said "I do" in New Orleans on Sunday with 51-year-old music video director Alan Ferguson.

The bride sported an ivory gown from Humberto Leon for Kenzo. That dress also came with its very own dramatic cape.

After the ceremony and reception, all the guests took part in a second line celebration through the streets of New Orleans with sparklers, music and some wild dancing -- see video of that right here.

Solange ended up breaking out in hives following the reception, but she didn't let that get in the way of her night. She later tweeted out a thank you to Benadryl and shared a video of her dancing with her son, Daniel Julez.