This trailer is pure magic!

The movie stars "Downton Abbey's" Lily James as the titular character, a beautiful young woman with a gentle spirit who finds herself at the mercy of a jealous and cruel new family after the death of her father. 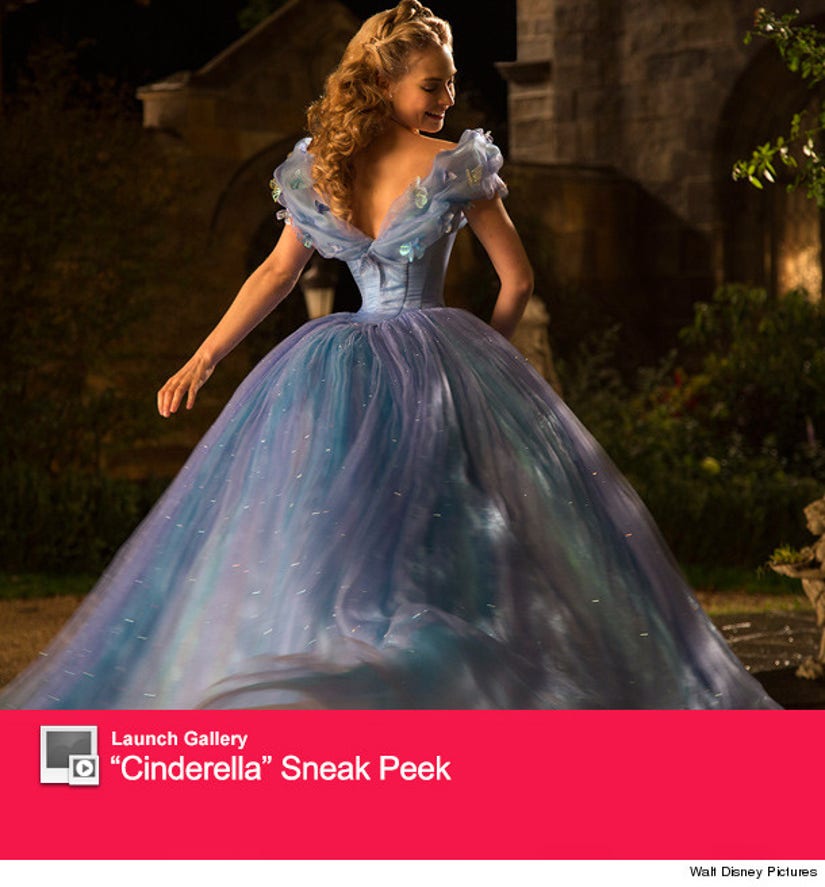 Branagh reveals that this new film does not stray far from the classic Disney version of the fairytale.

"I believe that there are expectations of a Disney Cinderella, which demand you use the tenets of the story," he told EW. "So, of course, we give people a pumpkin. Of course, we give them a carriage. Of course the mice are going to transform into the horses. Everything that you might expect is there."

"In the past, [some versions of] the story had set Cinderella as a victim," he continues. "From the inside out, we see a girl who does not see herself as a victim. She's her own gal and she's good company. She redefines goodness, I think, in the performance and she makes it sexy, and cool, and playful."

While the plot is similar to the original, the costumes have gotten a modern and magical upgrade ... from the glamorous gowns to the one-of-a-kind Swarovski glass slipper.

We still can't get over how tiny Cinderella's waist looks in that dreamy dress!

Check out the trailer and click "Launch Gallery" gallery above to see the characters come to life.