Did you know Charlie Day and Zac Efron are actually neighbors?!

While most of us would be thrilled to live next door to the "Neighbors" hunk, it seems there's a downside: Obsessive fan mail.

The "Horrible Bosses 2" star stopped by "Conan" on Wednesday, where he revealed that he's even started saving Zac's creepy letters. 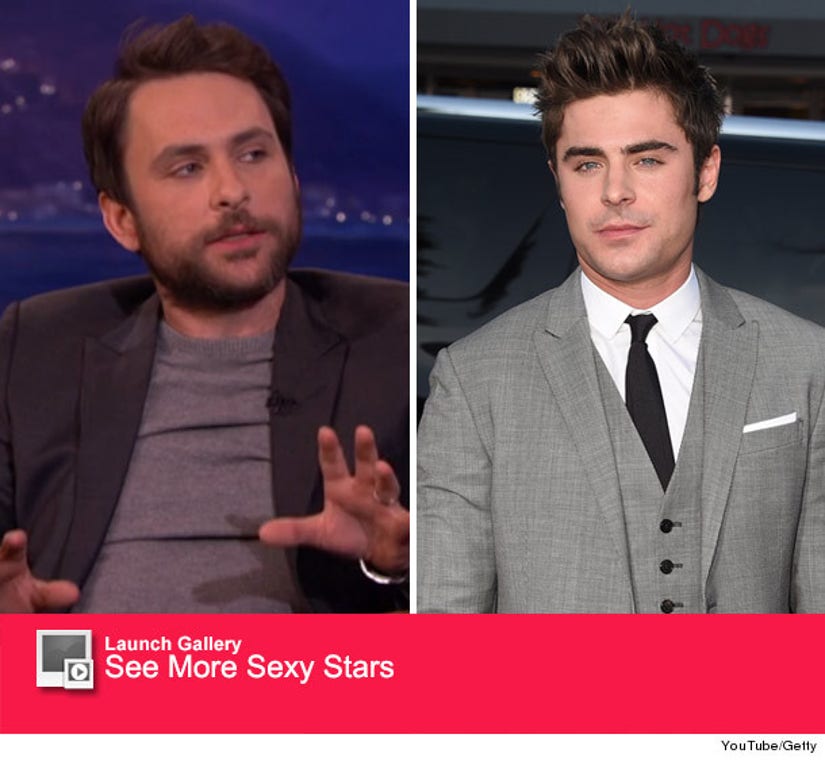 "I'll get these strange letters covered in hearts, like, 'I love you, Zac' and 'You're the greatest.' And I don't know what to do with them, so I'm putting them all up on a wall in my house," Day told the late night host.

The funny actor added that he wants to invite Efron over to the house so he can show him his shrine. Oh how we'd LOVE to see that go down.

The pair do seem to be friends though -- just check out the video Zac posted on his Instagram earlier this year.