In an upcoming episode of "Kourtney & Khloe Take the Hamptons," the 30-year-old reality star has a huge fight with Kris Jenner over her current relationship status.

"I know that the relationship that you had didn't work out, and it sucks. It makes me cry every time I think about it," the Kardashian matriarch says. "But you met someone new and you moved from one thing to the next so quickly, I'm just trying to be here to support you." 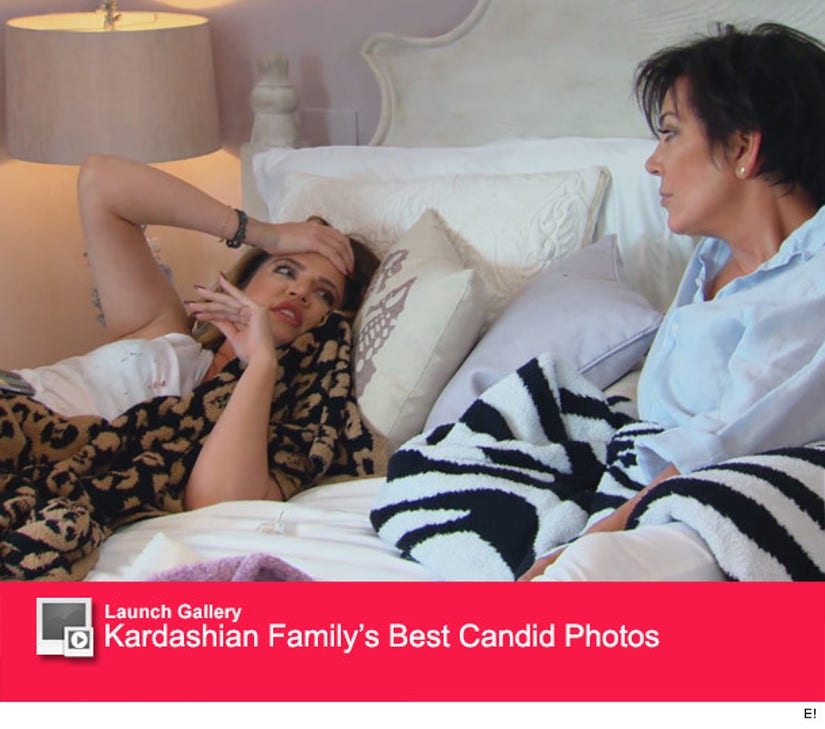 Before Kris finishes her sentence, Khloe interrupts and lashes out at her mother. "You know for how many f**king years, I was dealing with something," she yells. "I'm not talking about this anymore. Don't you dare say how fast I moved on."

"You're so simple minded. You have no idea how I feel every day," she adds. "If I had my way, I would still be married to Lamar!"

Check out the clip above to see Kris' reaction -- the look on her face is priceless!

Khloe turned 30 this year, and she admits that she thought her life would be different when she reached the big milestone.

"I didn't think I would be divorced with no kids," she says in the video above. Watch a sneak peek of her big bash now!

Khloe isn't the only member of her famous family who is dealing with relationship woes -- Kourtney reveals that Scott Disick in rehab after his excessive partying sent him to the emergency room.

Check out the clip below to see her spill the news to Kris -- who had no idea he was there!