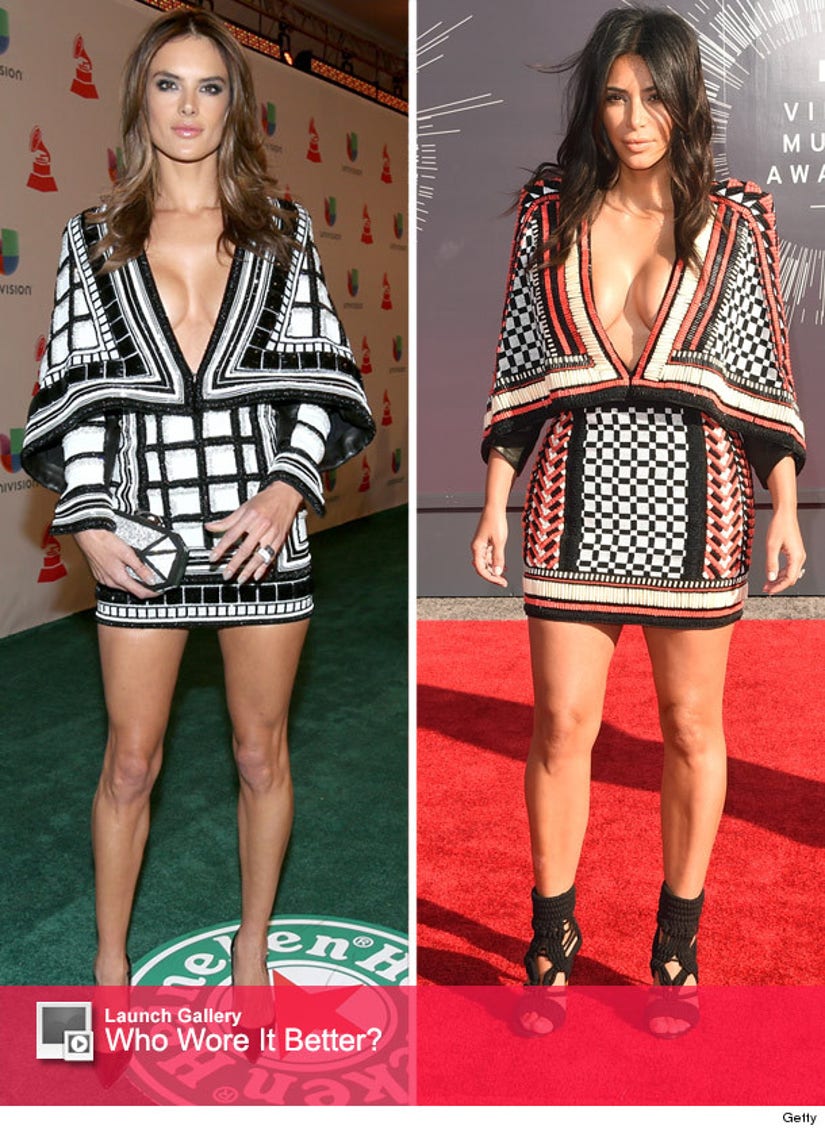 It's a style showdown between a sexy supermodel and reality show vixen!

Alessandra Ambrosio hit the red carpet at the 2014 Latin Grammy Awards on Thursday night, showing off some major cleavage -- and lots of leg -- in a black and white Balmain beaded mini with a cape topper.

We first spotted this bold look on Kim Kardashian﻿, who sported a similar, red and black version at the MTV VMAs earlier this year.

We're going to give this one to Kim because of her fun accessories, but we want to hear from you!

Who do you think wore it better? Tell toofab in the comment section below, and click "Launch Gallery" above to vote on more stars in dueling dresses.