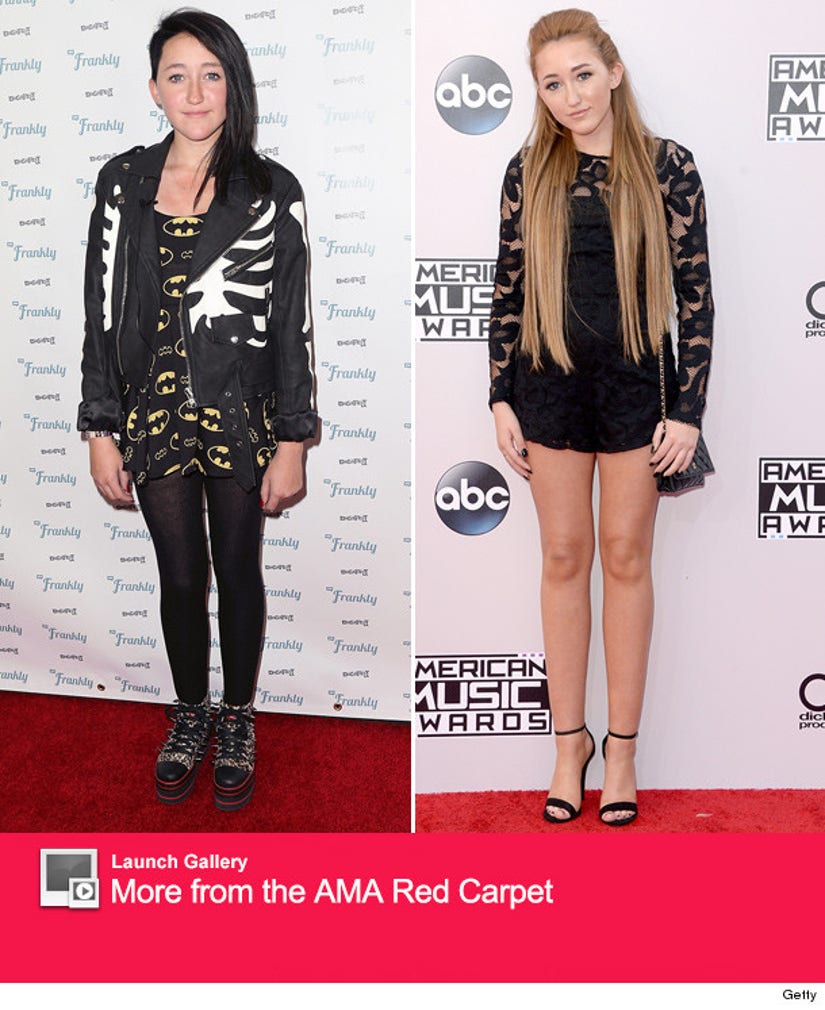 What a difference a year makes!

Noah Cyrus showed off her glamorous side -- and a new blonde 'do -- on the red carpet at the 2014 American Music Awards on Sunday night in Los Angeles.

Sporting a long-sleeved black lace romper and black stilettos, Miley's 14-year-old sister looked much more grown up than she did at an event in December of last year. The teen traded in her dark, goth duds for a trendy take on the sheer trend.

So, is Noah being groomed for the spotlight as well?

"She's a natural entertainer, even when I'm with her I'll feel like sometimes...'Oh my god, she's totally stealing my shine,'" Miley said of her sister during a interview with Australia's 2Day FM. "Like, if she's in the room...all the attention is on Noah, and she's the only person that I've ever known—she gets more of that attention than me. And she's kind of like a natural at it, so I feel like if she wanted to do it I wouldn't stop her."

"But, she's really into sports, she loves horses, so I'm going to keep her on that and keep her kind of...that innocence as long as I can," she added.

See All the Can't-Miss Moments from the American Music Awards

What do you think of Noah's new look? Tell toofab in the comment section below, and click "Launch Gallery" above to see all the stars at the AMAs!