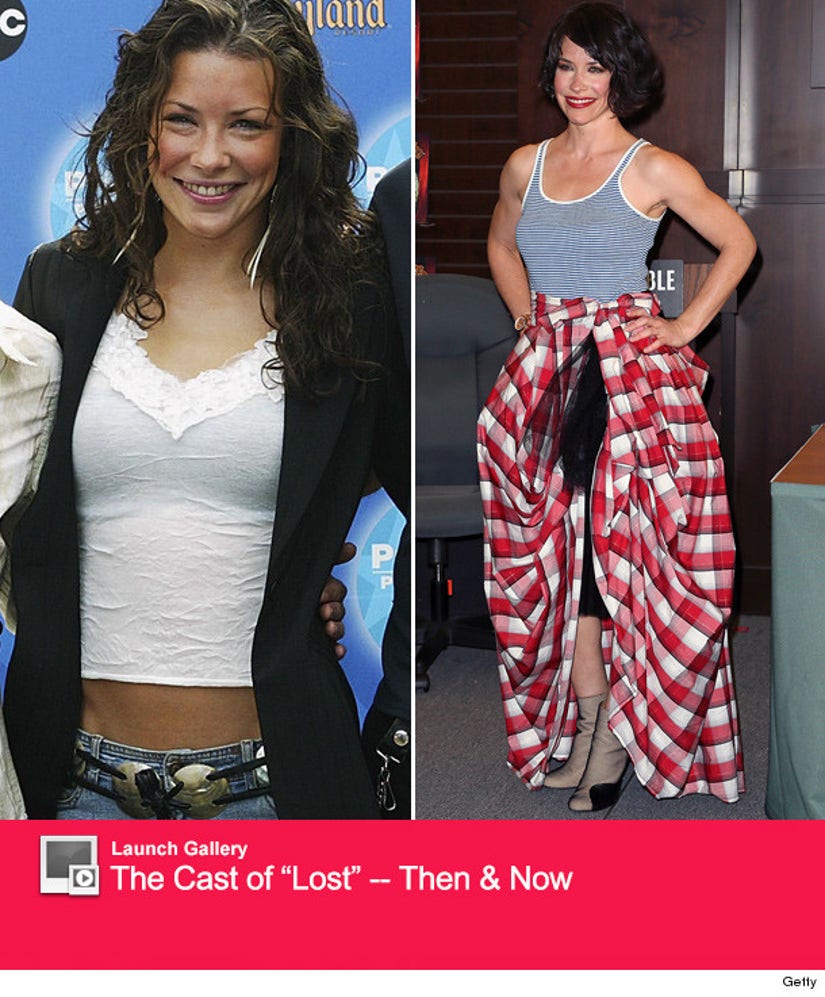 The smile's the same ... but everything else about Evangeline Lilly is very different from her days on "Lost."

The actress made an appearance at Barnes & Noble in Los Angeles over the weekend, where she was promoting her new children's book, "The Squickerwonkers," looking like this.

Sporting a short new 'do, striped tank-top, gingham skirt with a black, tulle bustle and tan ankle booties, it was definitely a unique look for Lilly.

The "Lost" alum has been wearing that plaid skirt throughout her tour, so it's likely inspired by one of the characters in the book. As for the new 'do, the actress cut it for her role as Hope Van Dyne in Marvel's upcoming "Ant-Man" film.

Lilly, 35, recently opened up about her sense of style and how it differs from the polished version of her we see in fashion spreads.

"I often want to talk about how the images you see of me in magazines and such are usually not a great representation of who I really am," she said last week in a Reddit AMA. "You see, magazine shoots are a partnership and I have to service the magazine's image, as opposed to my own. We will always try to meet in the middle, but I usually feel compromised in a some small way (and sometimes in very big ways) when I finish a shoot and then again when I see the images, even if they're beautiful."

"It's not pure. It's tainted with the brand of something else," she continues. "But, every once in a grand while, it's kismet and the stars align and I get an image of me that REALLY expresses who I am."

Evangeline famously slammed her own cover for Women's Health in 2013, saying she was ticked off her image appeared with the words "Best. Butt. Ever." and an arrow pointing to her derriere.

"You know, every woman is after a kind of classy image, I didn't want T&A on my cover. It's a women's magazine, not Maxim."