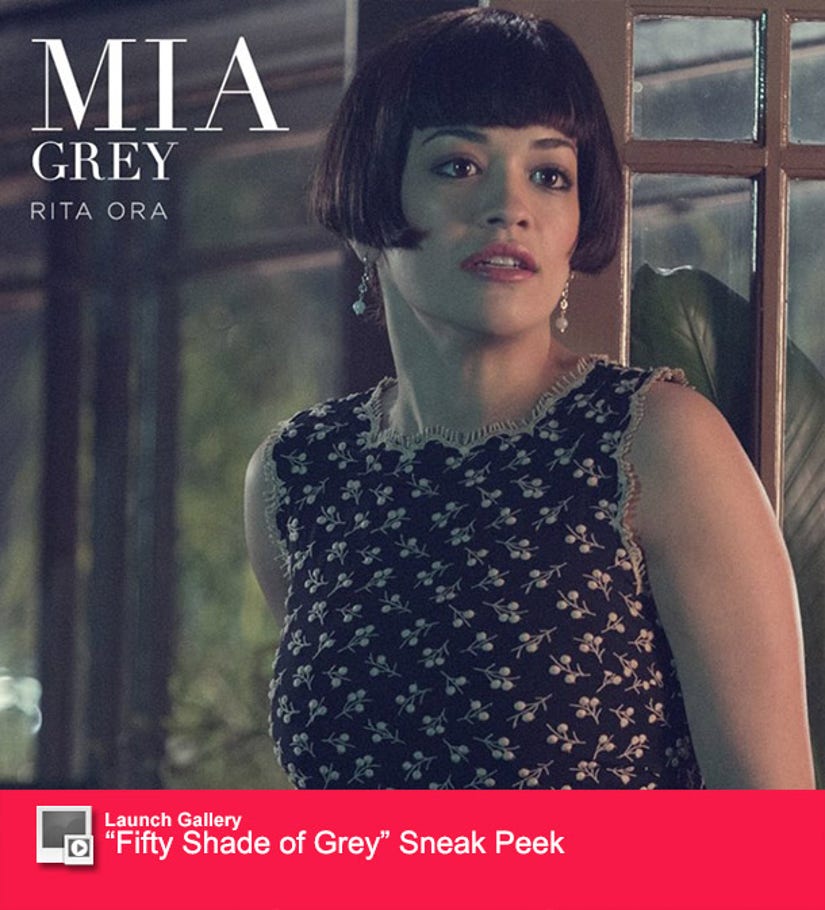 "Fifty Shades of Grey" fans are seeing red after this photo.

While Rita Ora's feisty attitude seems like a perfect fit to play Christian Grey's adopted sister Mia Grey in the highly-anticipated flick, faithful devotees to the books aren't feeling it after the first official pic of her in costume was released Wednesday afternoon.

Sporting a short brown bob, pearl earrings and a floral dress, Ora looks nothing like the blonde beauty we usually see on the red carpet -- but does fit the character description of Mia.

But once the still was published on the film's Facebook page, fans went in ... hard!

"Who the heck did the casting? Could they not find the actual hot people? The ones actually described in the book? Omg.. She looks scary," wrote one fan.

"She is too old to play Mia," posted another. "Now I don't want to see the movie. She DOES not depict Mia AT ALL."

Other comments -- and there are A LOT of them -- include "Rita Ora is a no talent hag!" and "So not what I pictured from the book. I cant believe [book writer] EL James allowed this."

They go on ... check out the Facebook page for more.

Universal also released the first photos of Christian's mother and father, played by Marcia Gay Harden and Andrew Airlie. Both of those images were met with a much more positive reception.

Check out all the pics in the gallery above. "Fifty Shades of Grey" hits theaters on Valentine's Day 2015 -- watch the trailer below!