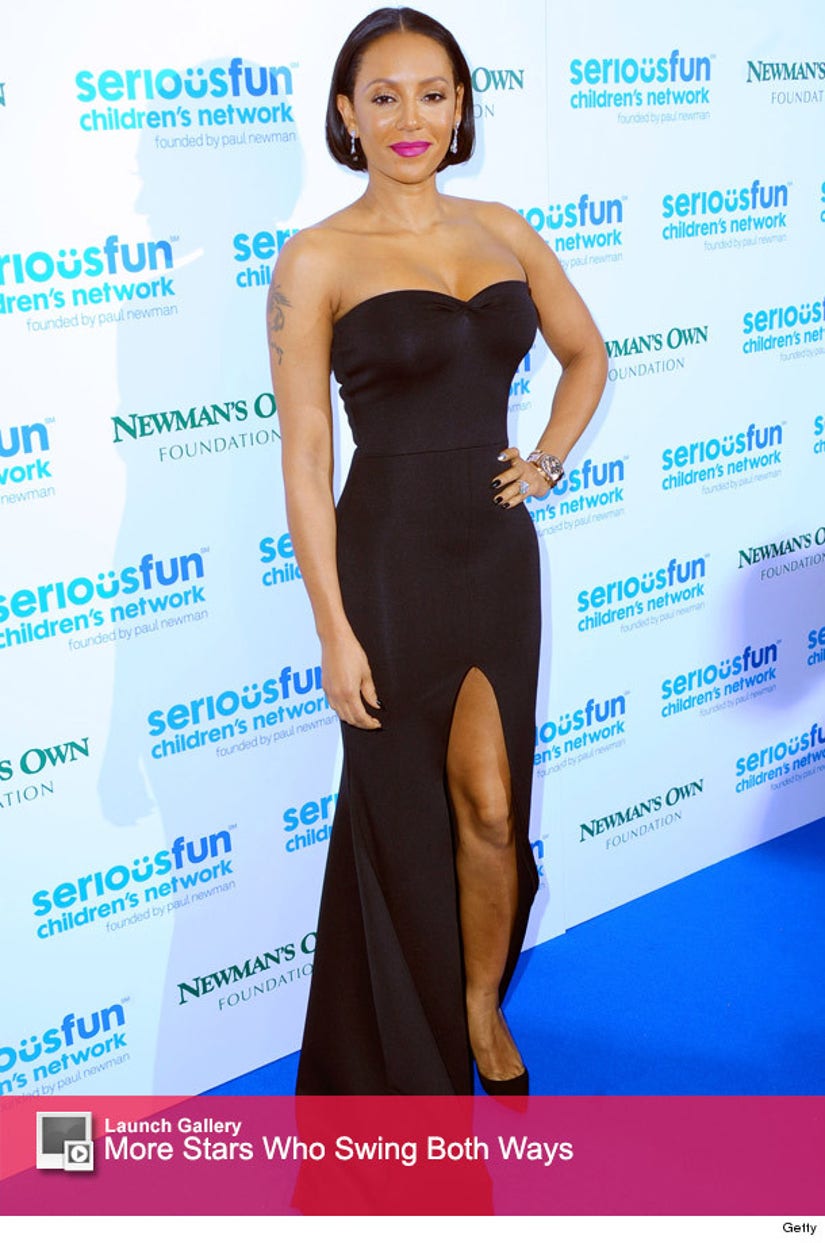 Mel B isn't afraid to tell it like it is!

The Spice Girls singer recently chatted with the Guardian where she opened up about her sexuality and past relationships with both men and women.

The singer -- an open bisexual -- has been married to Stephen Belafonte for the last seven years. The two started dating after the brunette beauty had ended her four year relationship with a woman.

"People call me lesbian, bisexual or heterosexual, but I know who's in my bed and that's it… I have a huge libido and a great sex life," she tells the site.

"Which is true," she adds. "Well, I did have a four-year relationship with a woman. But I've been very happily married for seven years to a penis. Ha ha! An amazing guy."

Mel B has no problem trying new things!

"But I've definitely not been shy or been one to hold back," she explains. "If I wanted to try something, I did. I had a girlfriend. So what?"

While there's also been reports that the "Spice Up Your Life" singer is in an open relationship with Belafonte, Mel says the rumors are simply untrue. But she does like to look!

"Me and my husband are very tight and solid. But I will be the first one to compliment a woman, to say to my husband, 'Oh my God, look at her legs'; or 'Doesn't she look stunning?' I do think women are gorgeous. Crazy but gorgeous," she admits.

What do you think about the 39-year-old's candid comments? Sound off below and click "Launch Gallery" above to see the Spice Girls then and now!