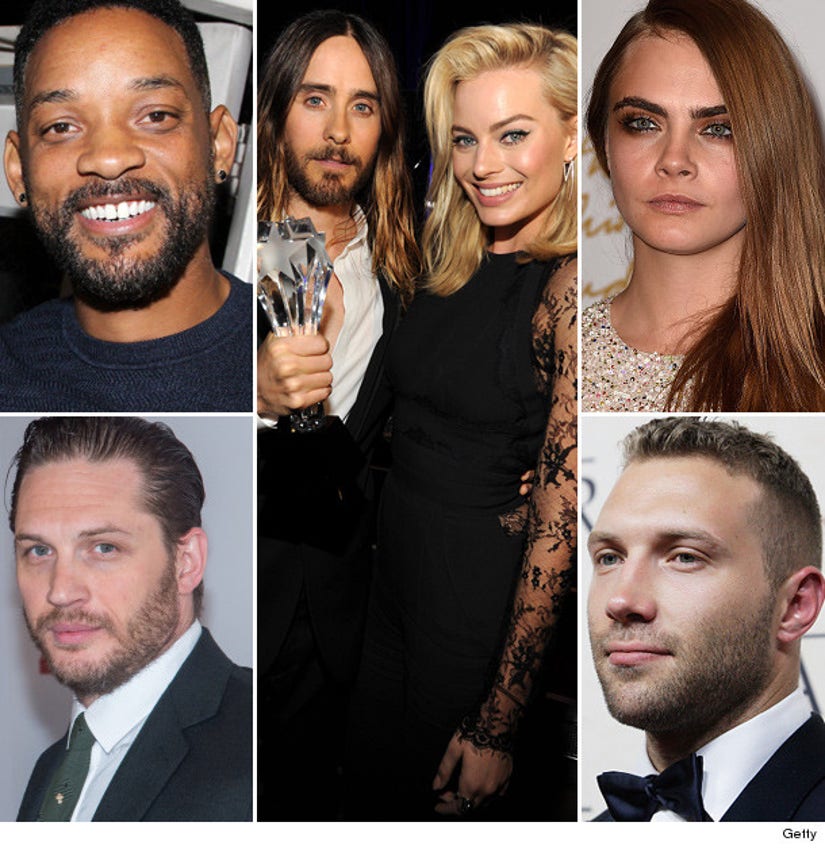 After weeks of rumors, Warner Bros. finally confirmed the cast for their upcoming DC flick -- and revealed who each star will be playing.

While Will Smith, Tom Hardy, Margot Robbie, Jared Leto, Jai Courtney and Cara Delevingne were all rumored to be in the film at one point or another, we know know which comic book bad guys they'll tackle for the big screen flick.

Smith will play Deadshot, Hardy is taking on Rick Flagg, Leto follows Heath Ledger's footsteps as The Joker, Robbie will be his twisted girlfriend Harley Quinn, Courtney's playing Boomerang and Delevingne will step into Enchantress' shoes.

David Ayer, who wrote "Training Day" and most recently wrote and directed "Fury," will write and direct "Suicide Squad" as well.

"David Ayer returns to the studio where he wrote 'Training Day' and brings his incredible ability to craft multidimensional villains to this iconic DC property with a cast of longtime Warner collaborators Will Smith and Tom Hardy, and other new and returning favorites: Margot, Jared, Jai and Cara," WB president Greg Silverman says in a release.

The film is due out on August 5, 2016, following the March release of "Batman v Superman: Dawn of Justice." For more on the upcoming DC slate, click here.