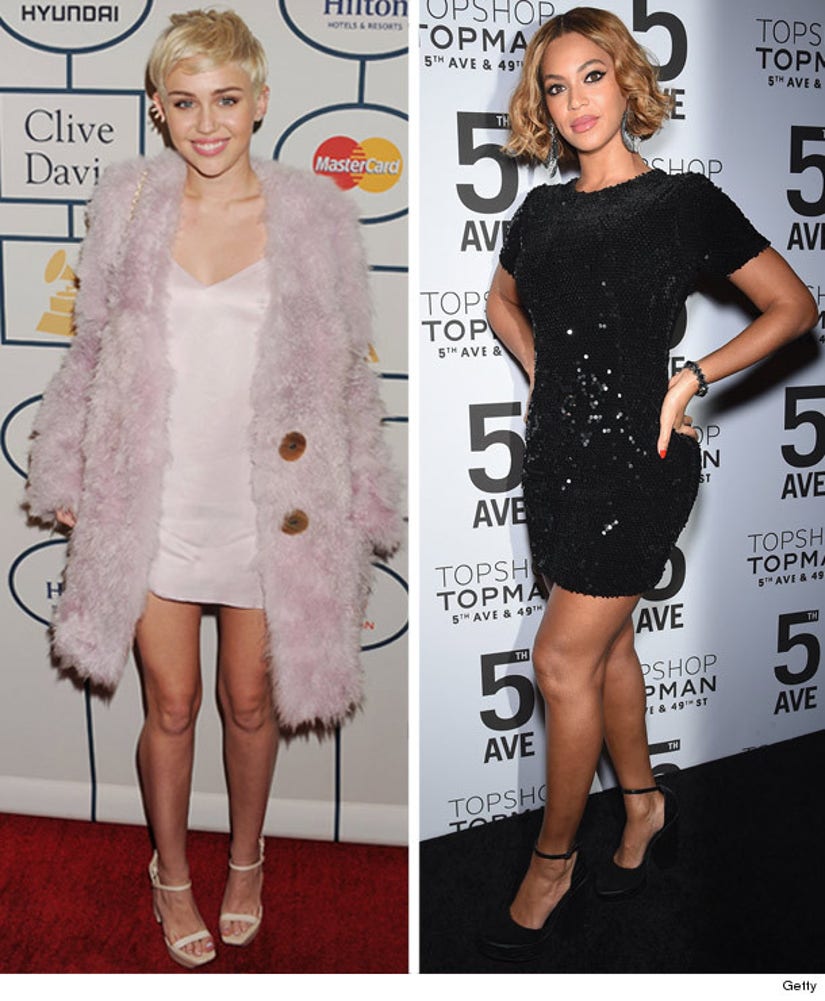 Did your favorite musicians make the cut?

The first round of 57th Annual Grammy Awards nominees were announced on Friday by Ed Sheeran and Pharrell Williams on CBS, and singers like Miley Cyrus, Beyonce and Taylor Swift have topped the list.

See who else has been nominated for a Grammy below! We'll continue to update the list as they're announced throughout the day.

Record of the Year

Song of the Year

"Chandelier," Sia
"All About That Bass," Meghan Trainor
"Shake It Off," Taylor Swift
"Stay With Me (Darkchild Version)," Sam Smith
"Take Me to Church," Hozier

"Give Me Me Back My Hometown," Eric Church
"Invisible," Hunter Hayes
"Automatic," Miranda Lambert
"Something In the Water," Carrie Underwood
"Cop Car," Keith Urban

American Hustle
Guardians of the Galaxy
Frozen
Get On Up: The James Brown Story
The Wolf of Wall Street

"All of Me," John Legend
"Chandelier," Sia
"Stay With Me," Sam Smith
"Shake It Off," Taylor Swift
"Happy," Pharrell Williams

Ziggy Marley, Fly Rasta
Lee "Scratch" Perry, Back on the Controls
Sean Paul, Full Frequency
Shaggy, Out of Many, One Music
Sly & Robbie & Spicy Chocolate, The Reggae Power
Soja, Amid the Noise and the Haste