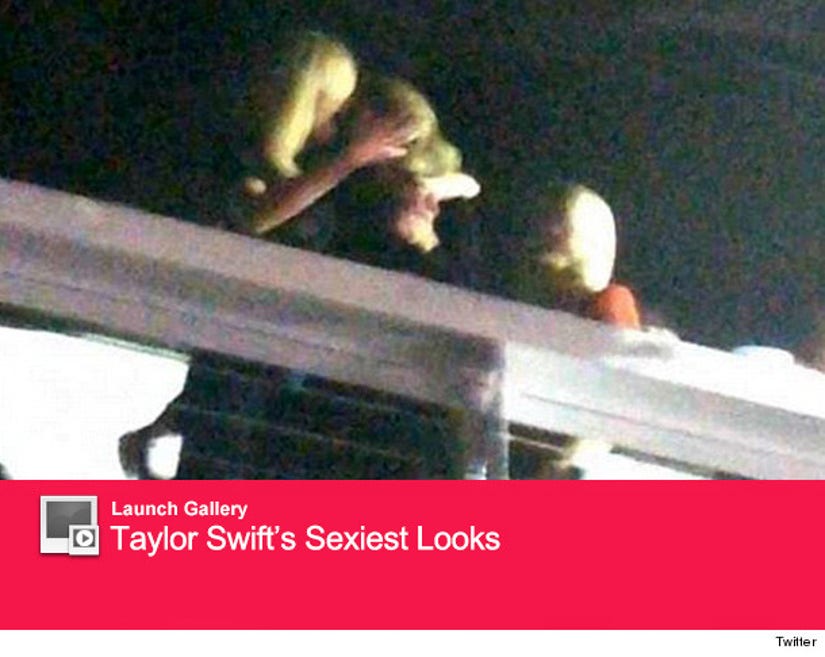 The rumors picked up steam last Friday, when the photo above of the two besties started making the rounds -- with many suggesting it shows the duo making out in the middle of a concert.

Swift's rep shot down the reports last week, but now Taylor herself is addressing the rumors, taking to Twitter earlier this morning.

As my 25th birthday present from the media, I'd like for you to stop accusing all my friends of dating me. #thirsty

FYI: The singer's 25th birthday goes down this Saturday, the 13th.

Swift has also been linked to Matt Healey from the band The 1975, after he revealed the two exchanged phone numbers. Taylor and Karlie just happened to be at a concert for Matt when the photo above was taken.

"I met Taylor Swift, that was really nice,” the 25-year-old said during a recent radio interview. "We exchanged numbers. Let's see what happens. I mean bloody hell, what am I going to do? Go out with Taylor Swift? She's a sensation, I wouldn't say no."