MTV celebrated the life of Diem Brown last night with a special that aimed to remember the late reality TV star as a true warrior.

While it appears most of the interviews with her costars from "The Challenge" were done before her death last month, the network's "We Heart Diem" especial was still a very emotional ride.

"Diem Brown was much more than just a cast member to us here at MTV. With her indomitable spirit, not to mention her dazzling smile, she became part of our family," an opening slate read. "Whether it was conquering her fear of heights on a Challenge episode or bravely staring down cancer, she never stopped surprising us. We know that she will be in our hearts forever."

What followed was a 30-minute special highlighting her most memorable moments from the many "Challenges" she took part in, as well as spotlights on her brave battles with cancer and her relationship with longtime boyfriend Chris "CT" Tamburello.

Stars like Paula Beckert and Aneesa Ferreira were both visibly upset while addressing the camera at the end of the half-hour, choking up while giving personal messages to Diem.

"You make me laugh and you frustrate the s**t out of me and you are one of the most hard-headed, stubborn, most fabulous people," Ferriera said through tears. "You've been such an inspiration to me and so many people, I don't even think you know how many people's lives you've touched by just being, by just existing and fighting and being humble."

"Diem, I've loved you since the day I met you," added Beckert. "I will always love you and you're my inspiration. You're amazing."

Brown passed away last month after a long battle with cancer. She'll still appear on the upcoming season of "The Challenge" with CT. The show will be dedicated to both Brown and Ryan Knight.

You can watch the entire "We Heart Diem" special by going here on MTV. 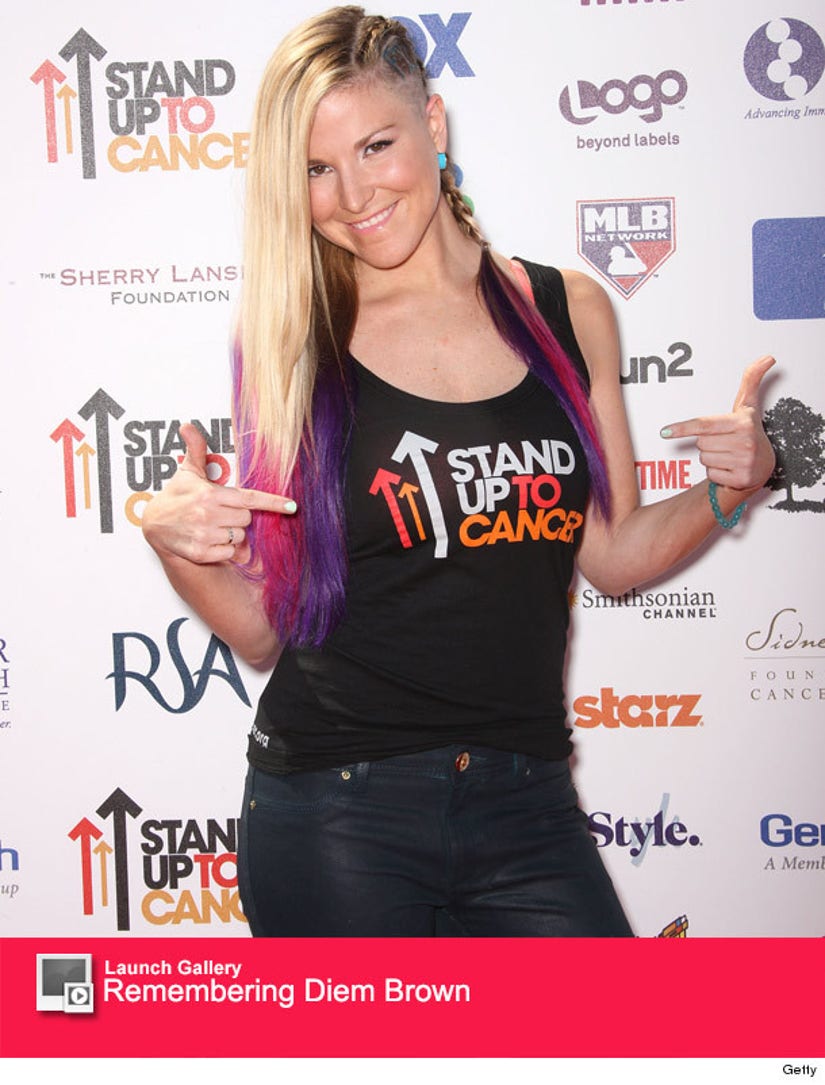