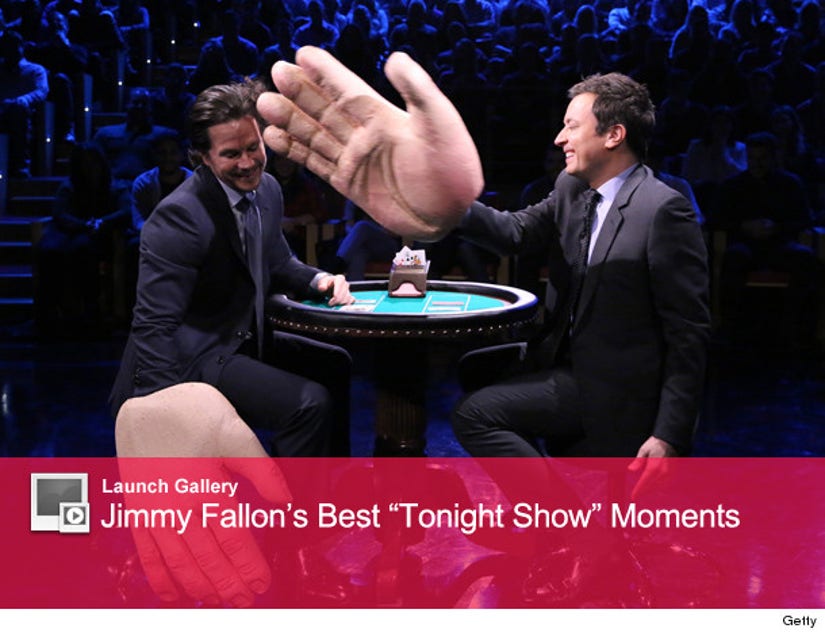 Talk about getting slap happy!

"You should've told me [we were playing]," Mark said with a laugh. "I would've brought my prosthetic penis from 'Boogie Nights!' I could've just slapped you in the head with that thing!"

"No, please," Jimmy replied. "I can't even see those memes online. Thanks for thinking about that, though."

As soon as the first game began, "The Gambler" star told Fallon that he should be relieved that "I'm not Ben Affleck. I'm not counting cards," he joked, referring to the "Gone Girl" star's recent card-counting admission in Details magazine.

Fallon started out strong, winning a round and slapping Wahlberg across the face. "Thanks so much for coming on the show," he told his opponent.

The best part? In addition to the giant rubber hands, the slow-motion and sound effects used for each slap added a hilarious effect.

Mark was a tough competitor, but Jimmy kept smiling as he was swatted. "Aw," the actor said, watching the slow-motion playback. "Look at that smile! You're a handsome fella."

Check out the clip above to see who took home the "Slapjack" title!