Vicki Gunvalson's doesn't seem too embarrassed by her Instagram fail!

The "Real Housewives of Orange County" star stopped by "Watch What Happens Live" on Tuesday, where she opened up about accidentally posting a picture of her naked bod on the social media site.

Earlier this month, the reality star shared a pic of a new set of headphones sent to her from Bravo ... but she didn't realize that her nude physique was also captured in the reflection of the candid snap.

Check out the video above to find out why Vicki didn't see her bod in the photo and see what she has to say about her 52-year-old breasts!

"So I was getting out of the shower, I had my wrap on and I was going to the bathroom to the bedroom to get my bra on and my cute little panties and I saw my headphones sitting there. I thought I might as well thank Andy for giving them to me and Bravo, and I took a picture of them and I didn't know my reflection was going to go off in the cellophane and I Instagramed them out without my glasses on," she explained.

Gunvalson's former "RHOC" costar Jeana Keough's daughter Kara Keough was actually the first person to inform the outspoken star that she had shared a little too much on the web.

"Thirty seconds later she [called] was like you need to get that off because your boobies are showing!," Vicki revealed.

Andy Cohen also complemented Gunvalson on the snap, telling her that her breasts did look pretty great in the shot.

"Of course, they're beautiful," she told Andy. "They're 52, they're perky and they're gorgeous."

Well, at least the mother-of-two sounds like she's pretty comfortable with her body! What do you think about Vicki's explanation? Sound off below and check out the gallery to see more "Real Housewives" before the fame! 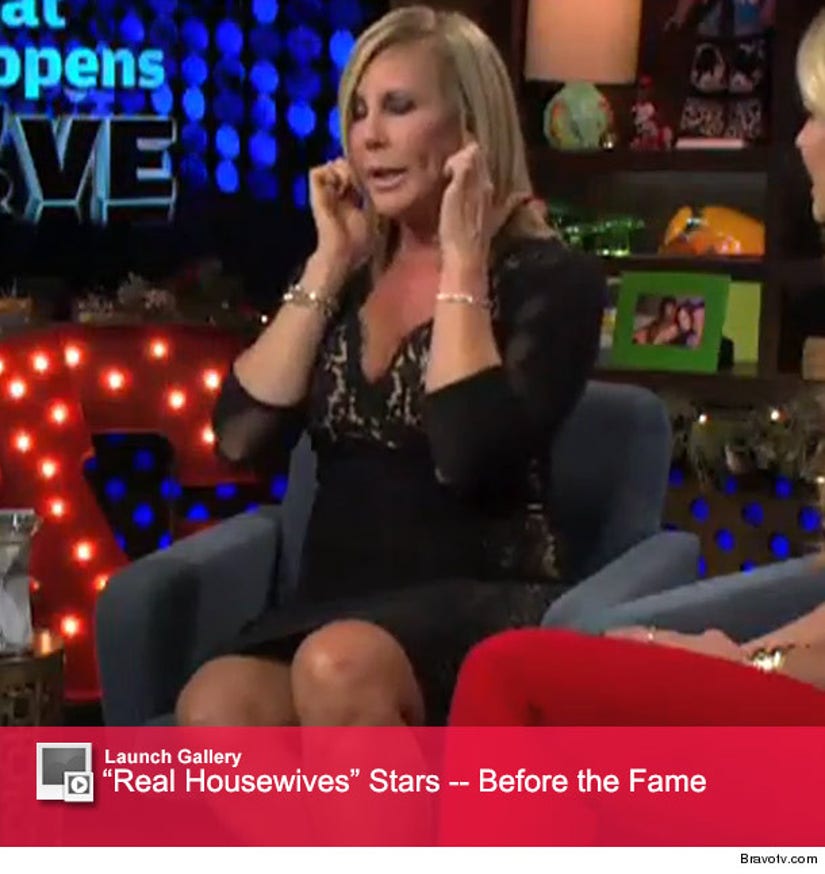