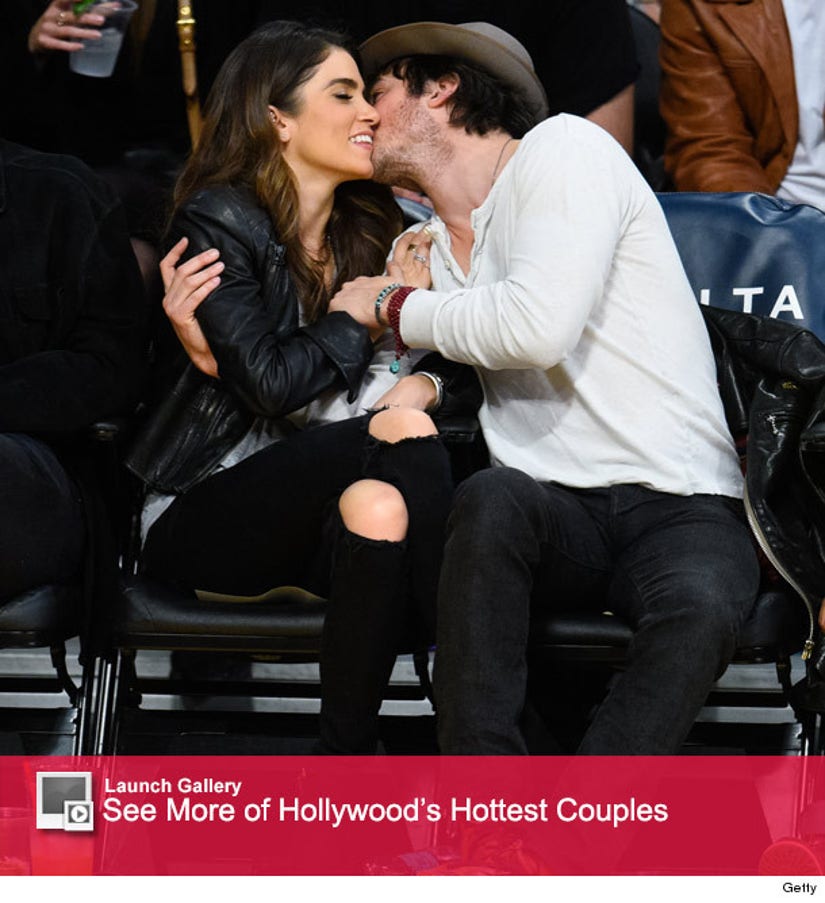 Nikki Reed and Ian Somerhalder just can't keep their hands off of each other!

The cute couple was spotted at a Lakers game at the Staples Center in Los Angeles on Sunday. Ian and Nikki looked more in love than ever as they hugged, kissed and whispered in one another's ear during the from their court side seats.

The two have been pretty public with their relationship and there are even reports that the "Vampire Diaries" star has been shopping for engagement rings for the "Twilight" actress.

Earlier this month, the 36-year-old allegedly browsed $100,000 engagement rings for the brunette beauty at Neil Lane.

Nikki and Ian first went public with their relationship in July ... just a few months after the 26-year-old ended her marriage with Paul McDonald back in March.

We're not sure if the 26-year-old's ready to take the plunge again -- but they would make some cute kiddies together!

What do you think about Reed and Somerhalder's PDA? Tell toofab in the comment section below and click "Launch Gallery" above to see more of Hollywood's hottest couples!