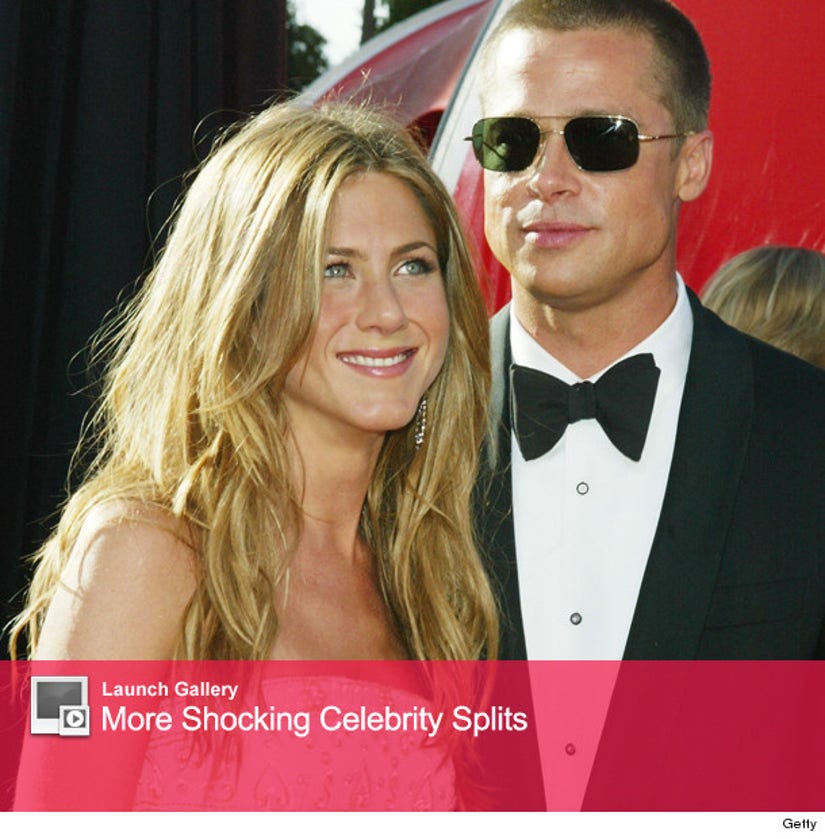 While the "Cake" actress and her ex-husband have both moved on, it seems the estranged couple can't escape questions about their relationship.

"The fact that it still follows you around—I mean, I'm divorced. It's gotta be painful," reporter Lee Cowan asked Aniston on CBS Sunday Morning. "I mean, I don't like it when people bring it up. But people still do, right?"

"I don't find it painful, though," she admitted. "I think it's a narrative that follows you because it's an interesting headline. It's more of a media-driven topic."

When asked whether she still keeps in touch with Pitt, her reply is: "We've exchanged good wishes and all that sort of stuff to each other, but it's not a constant thing."

As for her current relationship with fiance Justin Theroux, the "Friends" alum prefers to keep that private. "We know what our truth is, and [the rumors are] all just static," she said of her three-year romance the actor.

For now, the Golden Globe-nominated actress is gearing up for awards season where her role in the independent drama "Cake" is already getting plenty of buzz.

"I really was just ready to disappear and really go into the depths of a character," she said."You just act it, use your own emotions."

Check out the clip above to hear more from Jen!

What do you think about her candid comments about Brad? Sound off below.