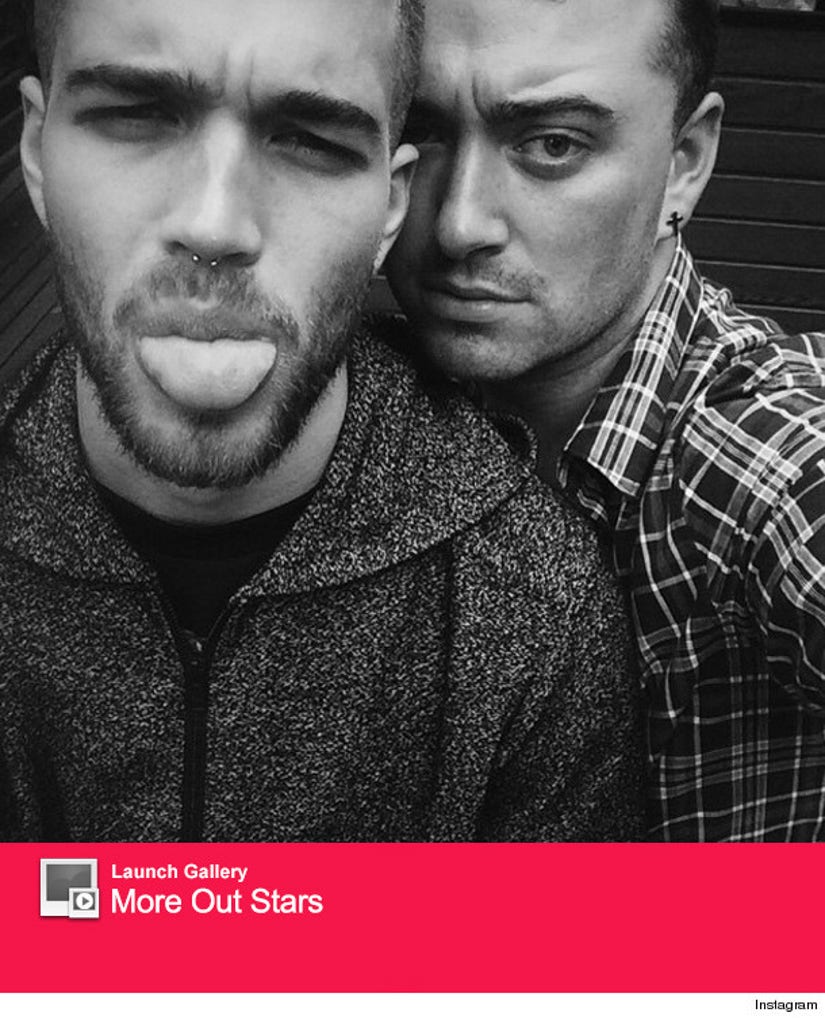 While vacation in Sydney with Jonathan and a few pals, the 22-year-old shared a few couple-y pics from the getaway. The "Stay With Me" singer first posted a photo of the two re-enacting the famous boat scene from "Titanic." "I'm flying Jack, I'm flying," he captioned the hilarious photo.

Jonathan also snapped an adorable selfie of him and Sam making a silly face for the camera (above) ... and, in another pic, Sam sits on a park bench while Jonathan gazes down at him.

Although the relationship is fairly new, things seem to be heating up between the new couple.

Just last month the British crooner opened up about his relationship status in an interview with The Sun, where Sam revealed he met Jonathan while filming his music video "Like I Can."

At the time he told the mag that their relationship was in its very early days. "I'm talking very, very, very early days," he said ... but admitted he found the dancer/model "really sweet."

Well, looks like things have really progressed since then, and the two make such an adorable pair!

What do you think of Sam's new love interest? Tell toofab in the comments section below!