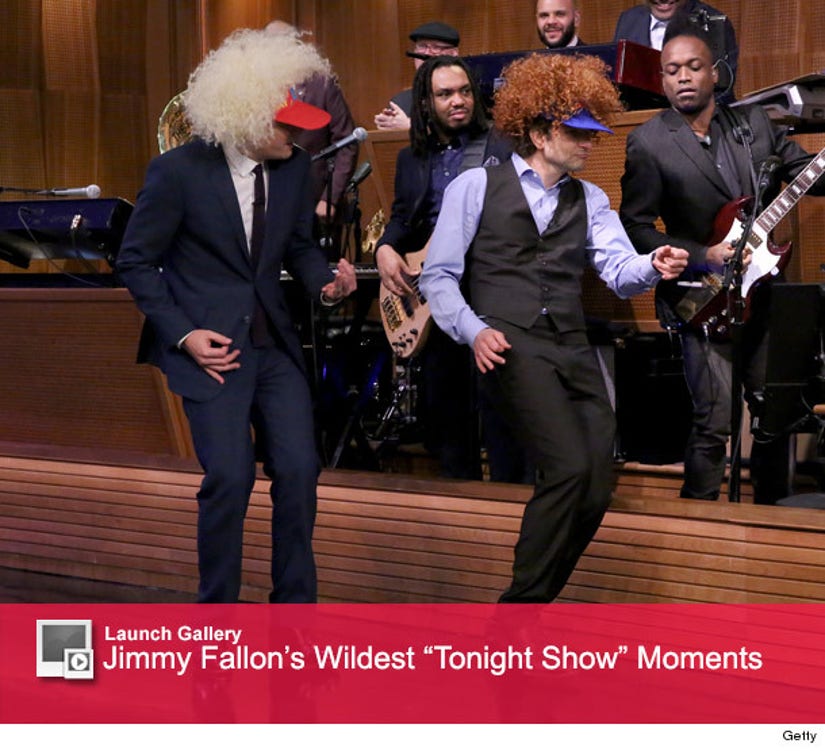 Bradley Cooper has some music skills!

The "American Sniper" star celebrated his 40th birthday on Monday during an appearance on "The Tonight Show," where he displayed his surprising air guitar talents.

"You have a little musical talent," host Jimmy Fallon declared. "I'm glad you said that because it's very little," the actor agreed, before explaining further. "I play air guitar. When I was a kid I had a lot of time on my hands and there's this one song by Neil Young," he said.

"It's just the guitar solo from 'Down by the River,'" he added. "To air guitar to it is so meaningless but I'd love to give you a little taste. It's long!"

Sporting a crazy curly-haired wig, Cooper proceeded to rock his way through every note of the classic guitar solo.

The air guitar was "long," but it was worth it -- watch the video above to see Bradley in action!