Our crush on Chris Pratt just keeps getting bigger!

The "Parks & Rec" star stops by "The Ellen DeGeneres Show" on Wednesday, where he gushes about his 2-year-old "genius" son, Jack.

"It is a really fun and cute, amazing age," the actor says. "You know, it is really, very easy to be patient with this kid ... He is really a remarkable kid."

"No," the hunky star says. "From what I understand most of the terrible two stuff is the toddler's inability to express what they want. They know what they want, but they can't tell you because they don't know the words yet. He's so vocal that it's not that hard for him. It's super frustrating because you're like, 'Jack I think it's time for you to go to bed,' and he's like, 'I thought about it and no thanks, Dad. Not right now.'"

"That's early, especially for a boy, to talk," Ellen declares.

Not only is it early to talk, but Chris says his son is "like a therapist." Check out the clip above to hear the sweet story! 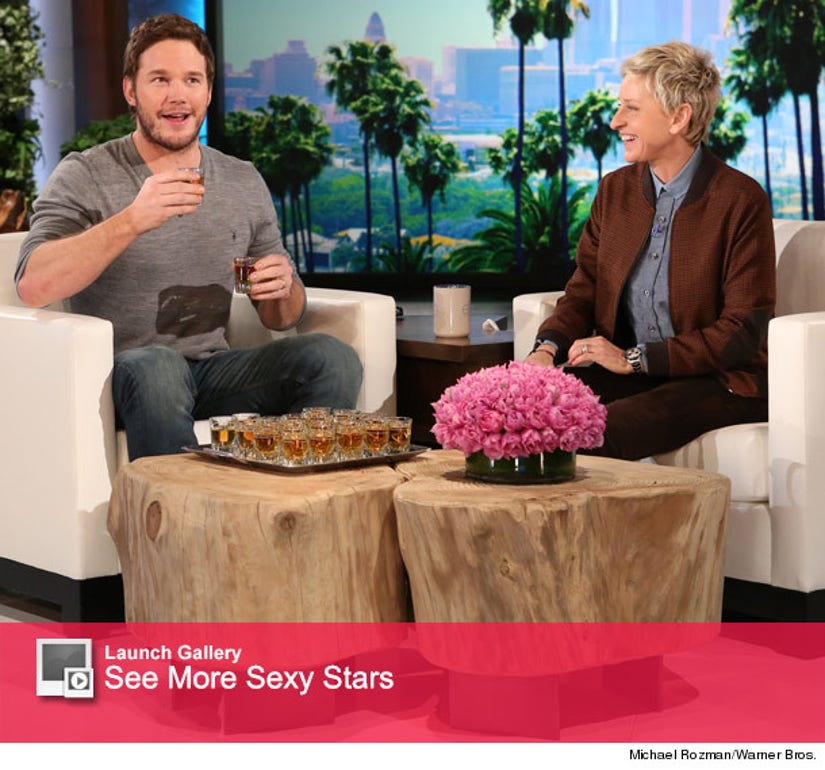 The "Guardian of the Galaxy" star also reveals that he loves Fireball ... and of course, Ellen has some on hand for him to drink.

"I guess I liked hot tamales as a kid growing up and now I'm old enough to consume alcohol so I put the two together and it's really terrific," he explains. "For some reason it's just what we always drink ... it's garbage. It's hot liquid garbage."

Even after DeGeneres says there's anti-freeze in the liquor, Pratt downs several shots. Watch the clip above to see him chug the spicy drink!

The funny pair also talks about the end of "Parks & Rec."

"I feel sad. I feel a little sad. It's been seven amazing seasons," he admits. "So to say goodbye to those friends after so many years and just the process of making the show is really kind of sad."

Find out more about the final season in the clip above, and see Chris demonstrate the infamous "Pratt Fall."

We can't get enough of this guy!