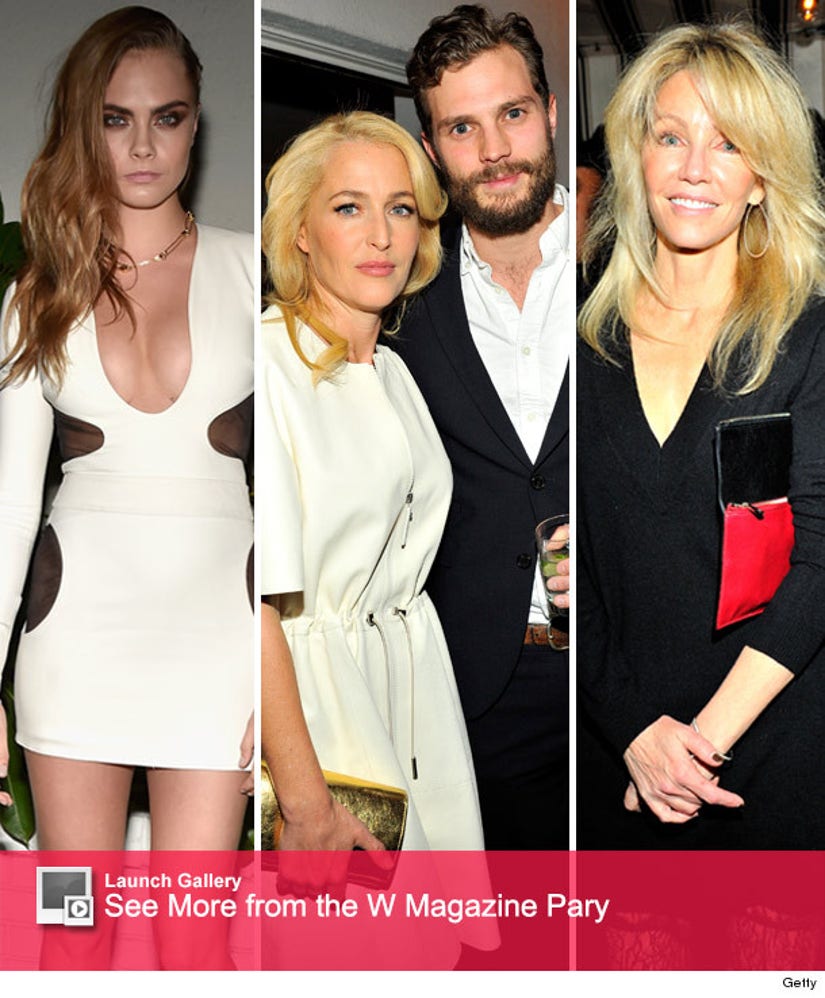 "Fifty Shades of Grey" star Jamie Dornan sported a black jacket, crisp white shirt and a bushy beard as he posed for a picture with Gillian Anderson ... who was later seen with Chris Evans and Henry Cavill. Lucky lady!

Meanwhile, Heather Locklear attended the event with boyfriend Larry Porush. The actress showed some leg in a black mini with a lace hem, which she paired with red cage stilettos.

Doesn't the "Melrose Place" star's face look thinner than ever?

Not only was the party full of Hollywood's hottest stars, but there was some extra drama as well!

Two hours into the party, about five firemen reportedly appeared and walked through the crowded bash, but don't worry, they were only there check for "possible over-crowding."

The parties are just beginning on this award show weekend -- check back with toofab all weekend long for full Golden Globes coverage!