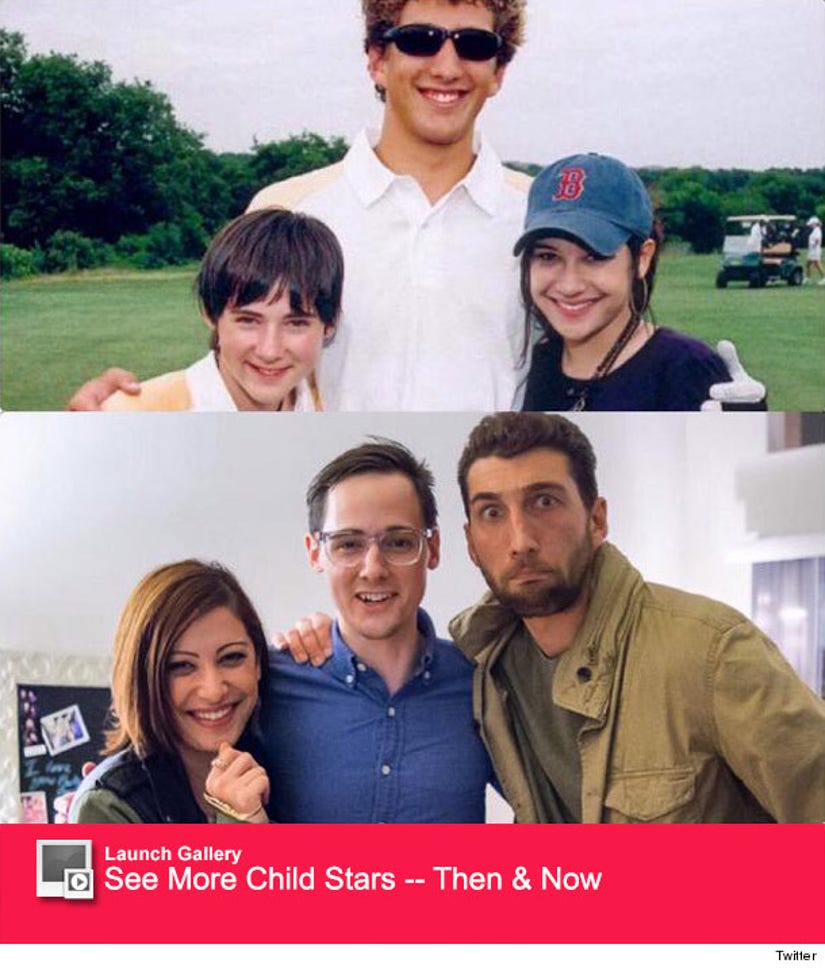 Some of our favorite "Lizzie McGuire" kids are back together again!

The hit series may have ended in 2004, but the cast looks like they're still friends ...more than a decade after the show went off the air.

Lalaine Vergara -- a.k.a Miranda -- took to Twitter to share a before-and-after pic with former costars Clayton Snyder and Jake Thomas.

"You're welcome everyone. Circa 2005 and last night. Brother @heyclaytron, and brother @SirJakeThomas #FamBAM," she captioned the cute candid.

Snyder played the object of Lizzie's affections, Ethan Craft, on the show, while Thomas was Matt, Lizzie's younger bro. It looks like they got together for an early birthday celebration for Jake, who turns 25 next week.

Hilary Duff was noticeably absent, but she recently revealed that she would be up for a "Lizzie" reunion!

"I would be totally open to it," she recently told Huffington Post. "My schedule is a little busy right now. But um … why not?"

"I mean, so many people loved her. I loved her," she continued. "Honestly, working on that show, I got so strong with my physical comedy and all the things that they would throw at me. I got covered in goo every week, and I got, like, smashed in the face with a locker every single week. And all this, I mean it was a really, really fun show. And obviously people really loved her. Maybe a 'Lizzie: Where Are You Now?' like 10 years later."

Time to make this happen!