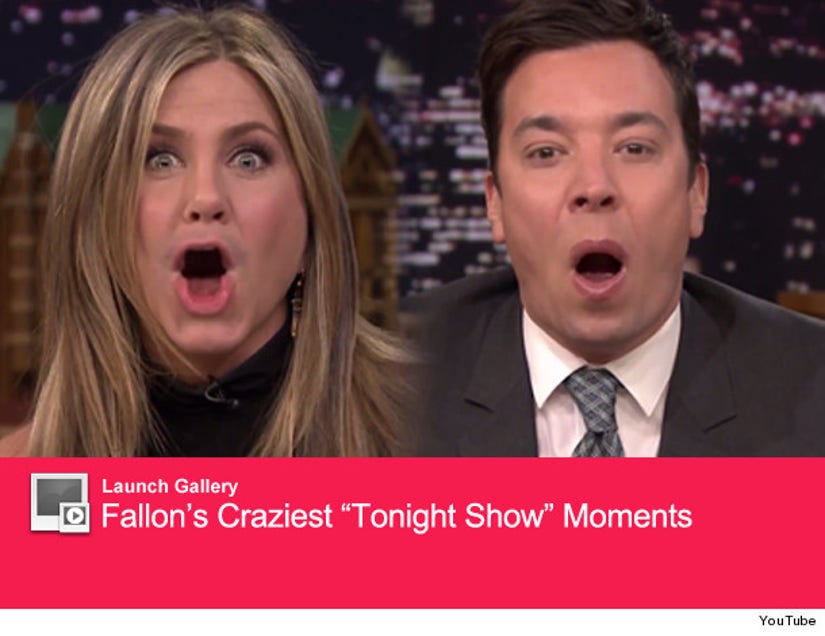 This is Jennifer Aniston at her best.

The "Cake" star was the latest celeb to flip lips with Jimmy Fallon on "The Tonight Show" -- and it was hilarious!

The actress and the comedian swapped mouths as they did impressions of Billy Bob Thornton in "Slingblade" and ended up in a heated debate about whether the New England Patriots or Seattle Seahawks will win the Super Bowl.

Jen showed off her macho-male alter ego as Jimmy became a sweet talking Southern girl who loves to talk about weed! (Yes, weed.)

The "Friends" alum has been making the media rounds to promote her new indie drama. Her role has earned Best Actress nominations at the Golden Globes, Critics' Choice Movie Awards, and the upcoming SAG Awards, but she was famously snubbed by the Academy.

But, don't worry, Jen has found a silver lining!

"What's incredible is the amount of people who have come out to me, who are suffering with chronic pain and in the same situation, and it's unbelievable how much positivity it's bringing to those who are silently suffering," the sexy star told Ellen DeGeneres. "It's a beautiful, hopeful movie."

Check out the rest of her interview below, and watch Jennifer's hilarious game of "Lip Flip" with Jimmy Fallon above!