Trust us, this is cuter than it sounds.

Channing Tatum made an appearance on "Jimmy Kimmel Live" on Monday, where the two compared notes on fatherhood.

"That's my favorite thing about babies is they all have these different poop faces," the actor said before demonstrating daughter Everly's signature look. "I can't help but think that it reminds me of Marlon Brando in the Godfather when he dies, like with the orange."

"You're not supposed to react because you don't want to distract them," he added. "I didn't know this!" the late night host exclaimed.

Check out the clip above to see how Channing stays "neutral" during diaper duty! 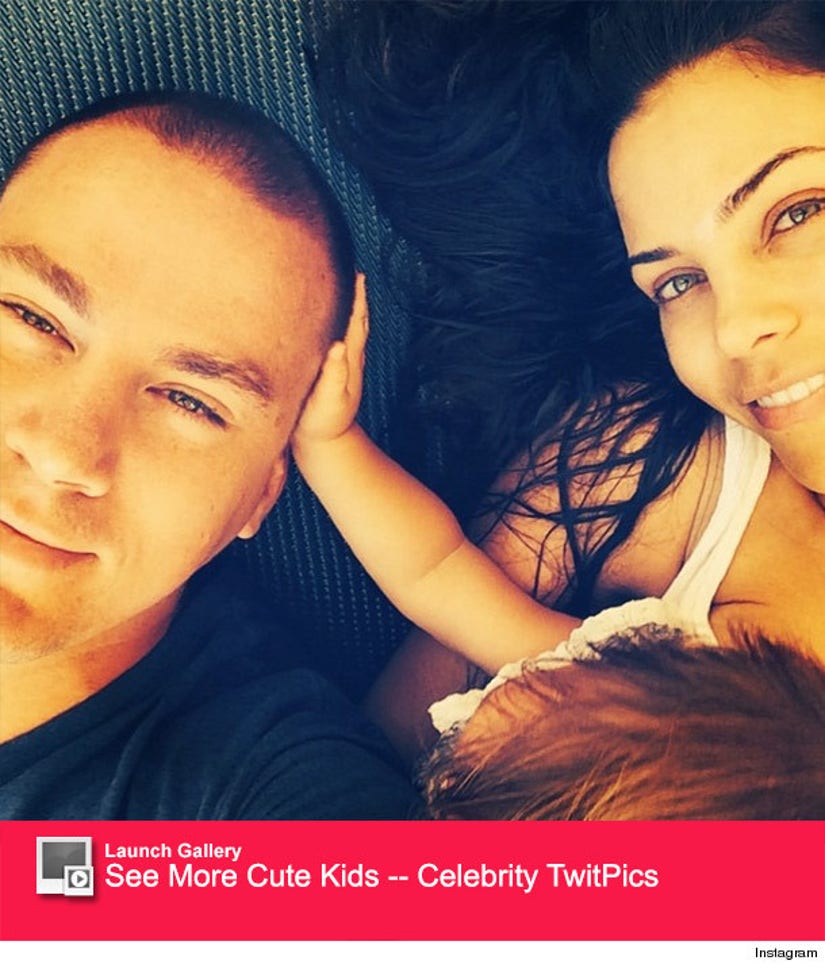 The doting dad recently revealed that he likes to liven up his diaper changes by dancing with wife Jenna Dewan-Tatum.

"Dance battles do sort of happen, to be honest," Tatum joked to Redbook. "When we wake up in the morning, we put on music, and while Everly's eating we dance and it just starts to get stupid. Changing the baby is an intermission -- but our daughter hates getting her diaper changed, so it's almost like a break-dancing battle to get it on her. As soon as you lay her down, she's bridging out of it and doing some jiu-jitsu windmill. It's pretty intense."

Sounds like Everly's going to following in her parents' dancing footsteps!