The sexy star crashed Russell Crowe's appearance at the AACTA Awards (the Australian version of the Oscars) on Thursday in Los Angeles.

The 34-year-old is currently shooting "The Nice Guys" with Crowe in the L.A. area, so Russell was presenting the award for "Best Supporting Actor" over a live feed from the U.S. when the "Crazy, Stupid, Love" star decided to intrude.

The entire encounter is hilarious, and Gosling does a pretty great Australian accent if you ask us -- check out the video above to see Ryan's unexpected cameo!

The 50-year-old actor was getting ready to introduce the next award when Ryan randomly interrupted.

"Hey you won, congratulations," Ryan said to Russell, before Crowe explained why he was doing a speech for the AACTA Awards. "No," Russell replied. "Oh, you lost? You were robbed. You win just by being nominated, you'll get it next time," he hilariously consoled the "Gladiator" actor.

The "Drive" star then went into one adorable Aussie accent as he tried explained why he's an honorary Australian.

It's great that Gosling's making more public appearances these days -- we've missed him!

What do you think about his AACTA appearance? Tell toofab in the comment section below and check out the gallery to see 100 sexy shots of the "Notebook" star! 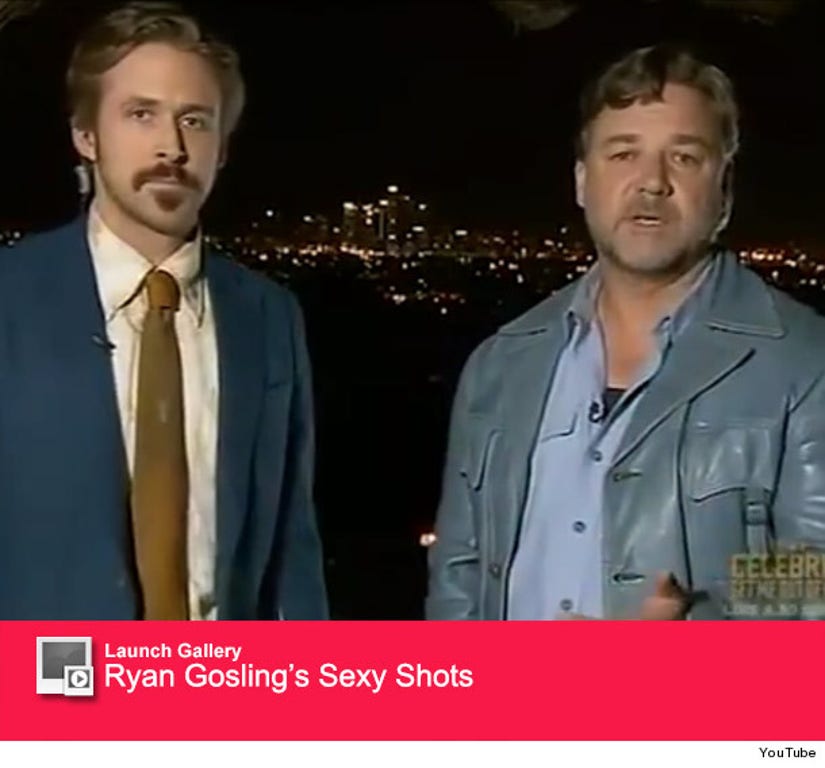