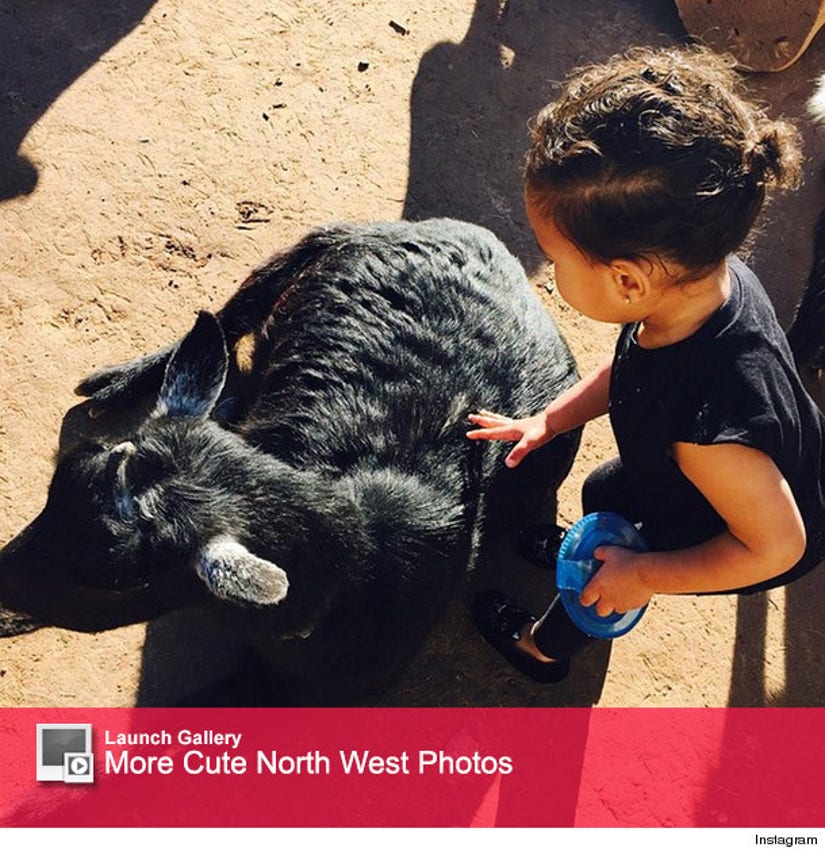 Family day for the Wests!

Before heading to the Super Bowl over the weekend, Kim Kardashian and Kanye West took daughter North to the zoo.

The reality star shared two snapshots from the family-filled outing on Instagram, including one of little Nori petting an adorable baby goat.

"Before the Super Bowl we took a trip to the zoo," she captioned the cute candid. 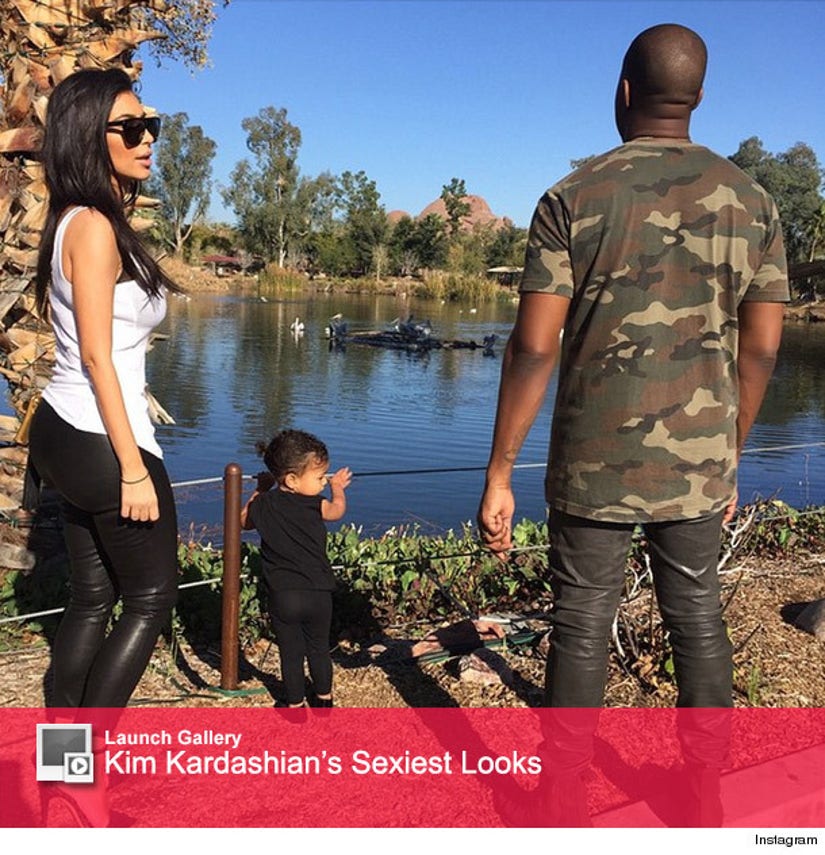 Sporting matching black leather pants, Kim and Kanye were dressed to the nines as their little one looked out onto a pond filled with birds.

"At the zoo with my boo and my baby boo," she wrote along with the group shot.

The latest family photos come after the 35-year-old star joked her tiny tot gets annoyed with her for taking so many pictures.

"I don't know if she's annoyed with my million daily kisses or my alien face," the brunette bombshell noted, along with a snap of North looking less than pleased with her.

She also shared a rare shot of Nori flashing her pearly whites and getting kissed by Kim on a hotel bed. 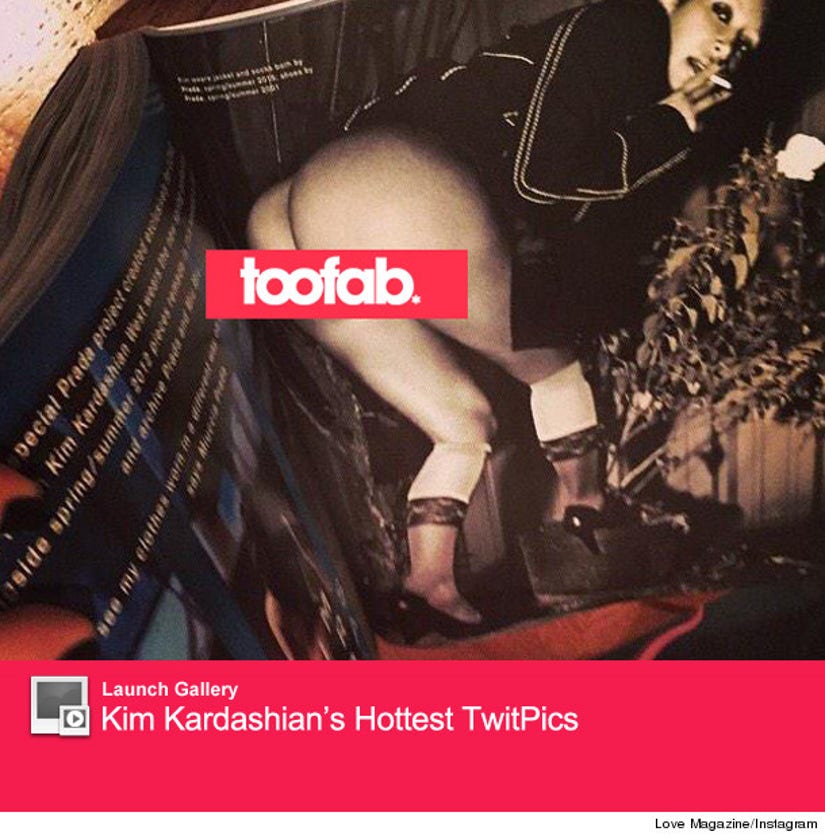 While we love seeing pictures of North, Kim is also creating some buzz over a newly-released photo from her racy Love magazine spread.

The black-and-white photo features Mrs. West showing off her famous derrière while bending over and smoking a cigarette.

The magazine will hit newsstands on February 9 and reportedly will feature more than 30 pages of Kim baring it all in bleached eyebrows and clothes custom made by Miucca Prada.

While the clothes will be beautiful, surely all anyone will be talking about is the Kim's naked photos ... again.