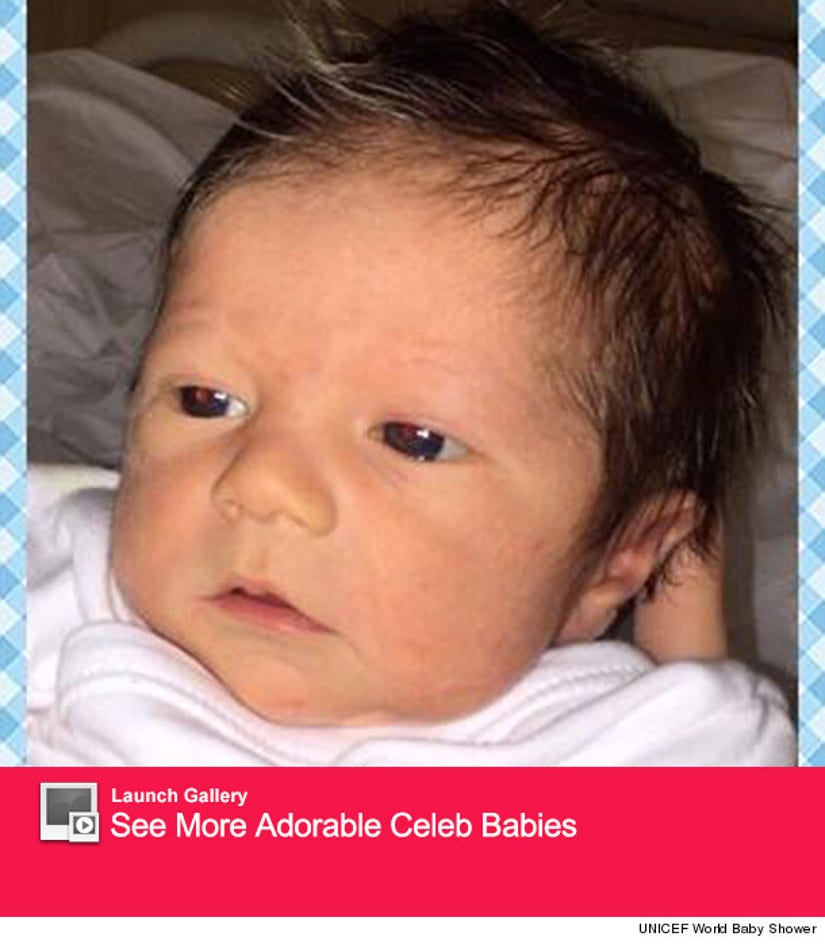 Shakira teased fans with a glimpse of her newborn son Sasha's feet the other day ... but this morning, she delivered the goods!

The singer and baby daddy Gerard Pique just released the first photo of their little boy's face on her UNICEF World Baby Shower site on Thursday, and he's downright adorable.

"We are happy to announce the birth of Sasha Piqué Mebarak," the couple wrote alongside the precious pic ... adding that they welcomed the little guy on January 29 in Barcelona, Spain.

Baby Sasha joins the couple's 2-year-old son Milan, and both mommy and baby are confirmed to be in "excellent health."

The sexy singer also explained her unique name choice. "The name Sasha is of Greek and Russian descent and means "defender of mankind" and "warrior."

Congrats to the happy family on their latest addition, he's a keeper!