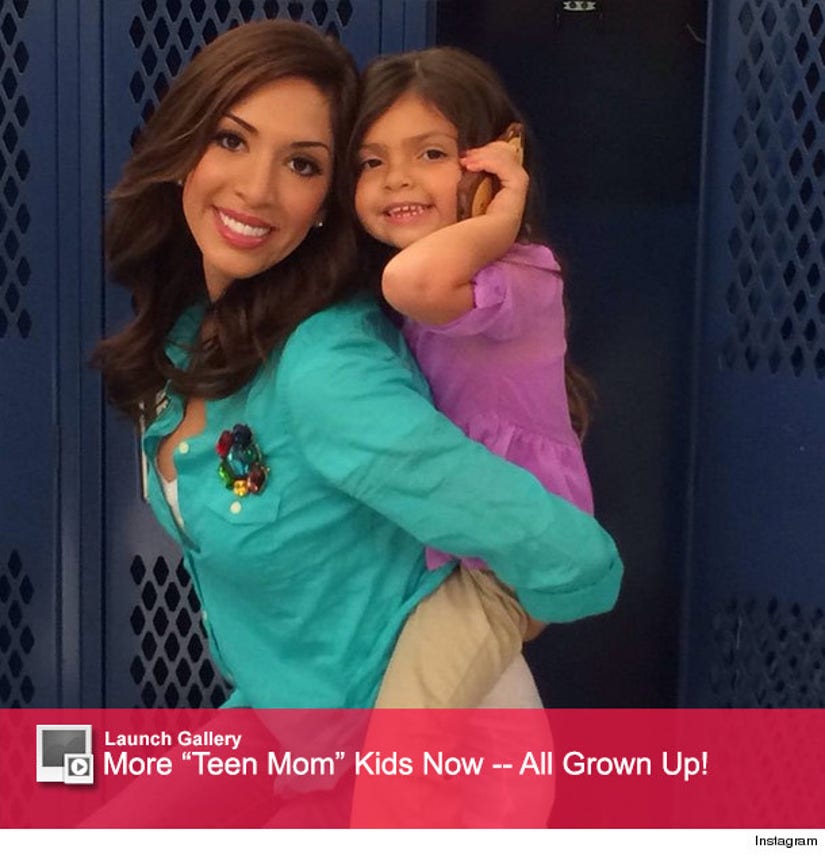 Farrah Abraham is back on the upcoming season of "Teen Mom OG," and she's already causing problems with the show's producers.

In a sneak peek of the MTV's series, which also will follow "original girls" Maci Bookout, Catelynn Lowell, Amber Portwood, the reality star clashes with production while trying to figure out how to re-introduce her to the audience.

"Why are we worried about an entry," she asks a crew member. "Why don't we just be real about that?"

"We all agree that it's weird that I wasn't apart of it and now I'm about of it. The End," she adds. "We felt there was something missing. It just didn't feel right not having you," the producer says.

Before Farrah responds to his comments, she starts to cry and storms off to her room. Check out the clip below to see 5-year-old Sophia's reaction!

In past seasons of "Teen Mom," fans haven't seen the ladies interact with the crew, but in this installment, we'll get a closer look at the actual filming.

"'Teen Mom OG' will break the fourth wall, pulling back the curtain to reveal their relationships with the producers and crew, the challenges of raising children on camera, and how life in the public eye has shaped them as parents and people," MTV explained in a press release.

So, why did Farrah choose to come back? "I think 'Teen Mom' is important for the children and their futures," she told Us Weekly. "And I think it holds some good opportunities for Sophia and her future."

"I'm not doing anything differently that I would not do when the cameras are there or not there," she added. "I mean, I don't know if it really benefits me to be on TV because I was most successful in my career when I was away from 'Teen Mom.' So if it benefits me then that's randomly benefitting. I'm more or less looking at it to benefit Sophia."

Are you glad she's back on the show? Tell toofab in the comment section below, and click "Launch Gallery" above to see the "Teen Mom" kids, through the years!