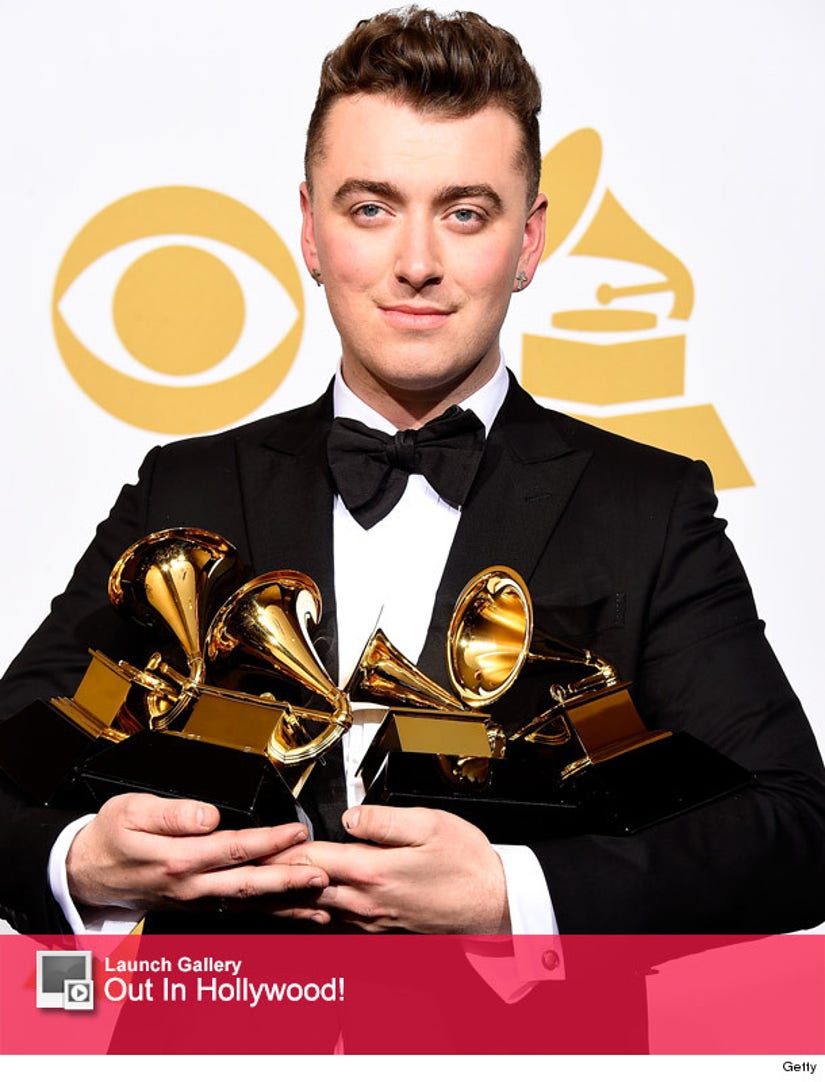 Sam Smith is still recovering from his big night!

The "Stay With Me " singer stopped by the Ellen DeGeneres Show on Tuesday -- with his four Grammys in hand -- to chat with the host about his career-changing night, the ex who inspired his album and if he would have actually given his Album of the Year award to Beyonce if he won.

The 22-year-old won big at the Grammy Awards on Sunday and has barely slept since.

"I went to bed at 6:30," he laughed. "Cause it's been such a ridiculous night, I didn't want to go to any of the celebrity parties. So I decided I'd go to my label's house in the hills and I flew my mum and my dad and my little sister's out and we all had some In-N-Out burgers and that's what we did."

The Brit revealed that he didn't think he would even win the awards, in fact, he still doesn't believe that it actually happened.

"It's unreal. I genuinely didn't think this was going to happen," he said. "It's incredible. I keep spontaneously crying. I started crying in the shower this morning; I'm like oh my God."

Sam joked about how successful he's been and how quickly it's happened over the past year.

"I mean a year ago we really didn't know who you were," Ellen joked. "Yeah. I went to the Grammys last year and I did the carpet and no one knew who I was," he replied. "It's all very weird. My life's changed."

One thing that hasn't changed is how open and honest the crooner is, especially when it came to thanking his "album inspiration" during his acceptance speech.

"I just find it funny. That such a sad record and such a sad experience has turned out to be a very happy one. I've just got to make sure my next boyfriend can polish my Grammys for me," he added.

All jokes aside, there was one serious matter Sam had to address.

The star previously said in an interview, that if he won Album of the Year at The Grammys he would "give his award to Beyonce." While that honor went to Beck, would he have actually handed a gold statue over if he had won?

"Yes. That was a lie. I was joking," he laughed. "English sarcasm."