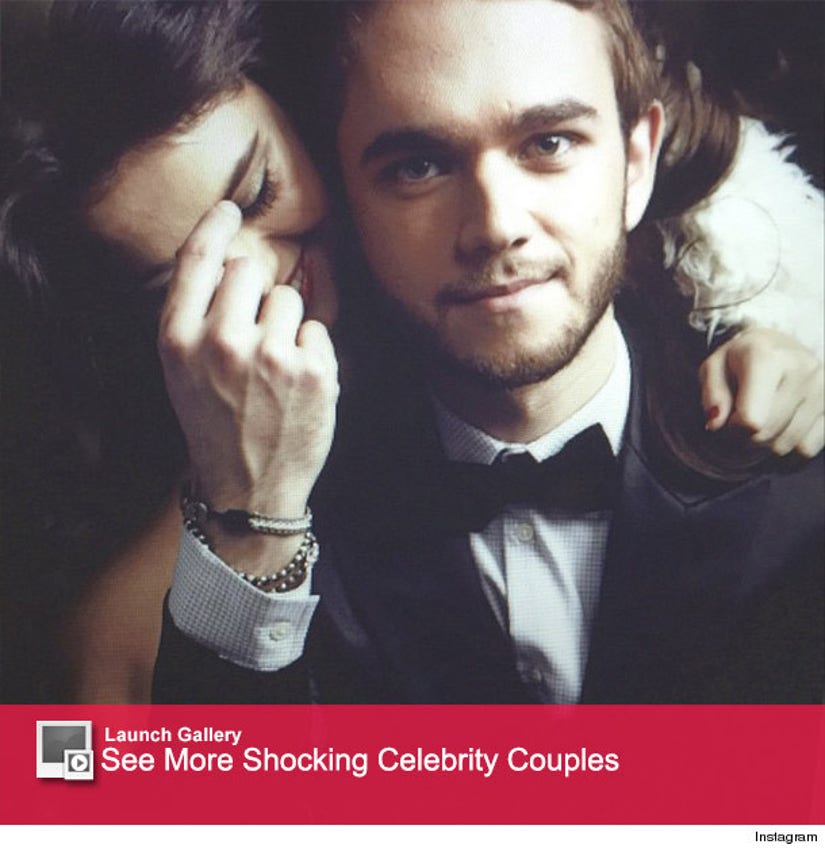 A picture is worth a thousand words... and this snap Selena Gomez and Zedd sure look like they're saying they're in a relationship.

The 22-year-old has been working with the DJ on an upcoming single, but the two look like they're more than strictly professional.

Both have been spotted out a lot together and popping up in each others photos since the Oscars.

The "Come And Get It" singer took to Instagram yesterday and posted her latest shot with the 25-year-old ... and they look smitten.

"#IWYTK," she captioned the photo in question.

The shot, which features Selena wrapping her arms around her rumored music producer boyfriends neck, originally read, "Harry to my Sally," followed by the tag.

We're a little confused on why the former Disney star would reference the iconic romantic comedy in the post, but then remove it. That says a mouthful right there, don't you think?!

Do you think these two are an item?! Tell toofab in the comments section below then click "Launch Galley" for more shocking celeb couples!