Hollywood is still sounding off on Kanye West's Grammys antics!

Shirley Manson of Garbage slammed the rapper in a Facebook post on Monday over his bizarre Grammys behavior, after he rushed the stage while Beck was accepting the award for Album of the Year. The rapper also went on a rant about the "Blue Moon" singer (in addition to the recording industry) in an interview after the show.

Manson is a friend of Beck, and took to social media to share her thoughts about West's eccentric statements.

"Dear Kanye West, it is YOU who is so busy disrespecting artistry. You disrespect your own remarkable talents and more importantly you disrespect the talent, hard work and tenacity of all artists when you go so rudely and savagely after such an accomplished and humble artist like BECK. You make yourself look small and petty and spoilt. In attempting to reduce the importance of one great talent over another, you make a mockery of all musicians and music from every genre, including your own. Grow up and stop throwing your toys around. You are making yourself look like a complete t--t," Manson wrote. "Ps. I am pretty certain Beyoncé doesn't need you fighting any battles on her account. Seems like she's got everything covered perfectly well on her own." 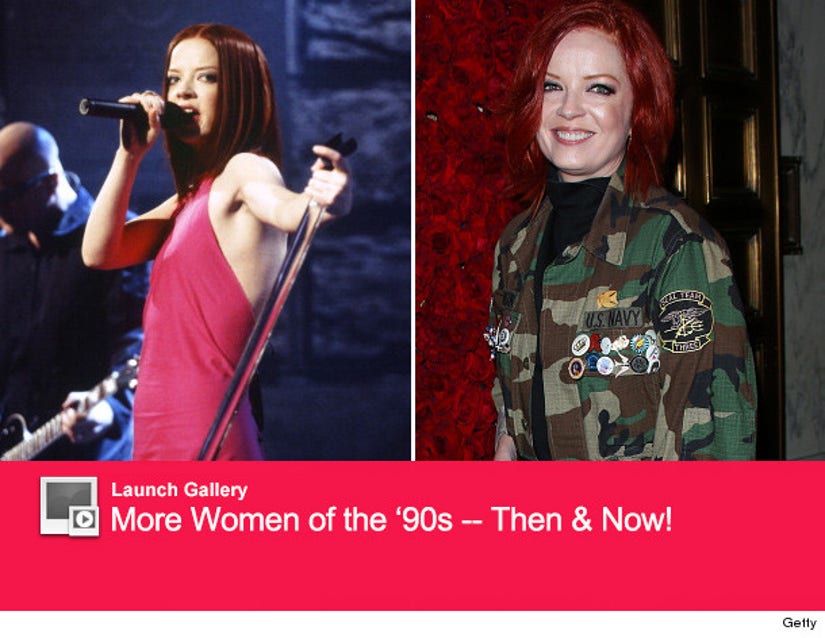 Shirley's post comes on the heels of statements the "Only One" singer made to reporters after the show.

Apparently, the hip-hop star also thinks Beck doesn't "inspire" people the same way that Beyonce does, and thus robbed the pop star of her "Album of the Year" award.

"Because when you keep on diminishing art and not respecting the craft and smacking people in their face after they deliver monumental feats of music, you're disrespectful to inspiration," he continued. "And we as musicians have to inspire people who go to work every day, and they listen to that Beyonce album and they feel like it takes them to another place."

Kanye does have one musician in his corner though. John Legend came to the "Stronger" singer's defense while chatting with Us.

"I thought it was funny," Legend said of the memorable moment. "I looked at it as just a funny thing that people were going to talk about."

"It didn't hurt anybody," the "All of Me" singer added. "Anybody who's upset just needs to relax. It was funny."

"Beck won his award fair and square," the R&B crooner explained. "Beck is super talented and I have several of his albums and I've listened to him for a long time. I think people were surprised that he won but that doesn't mean he's not deserving, that just means people thought other people were going to win too."

Well, if Kanye wanted to stir up some controversy he definitely succeeded! What do you think about Manson and Legend's comments? Sound off below. 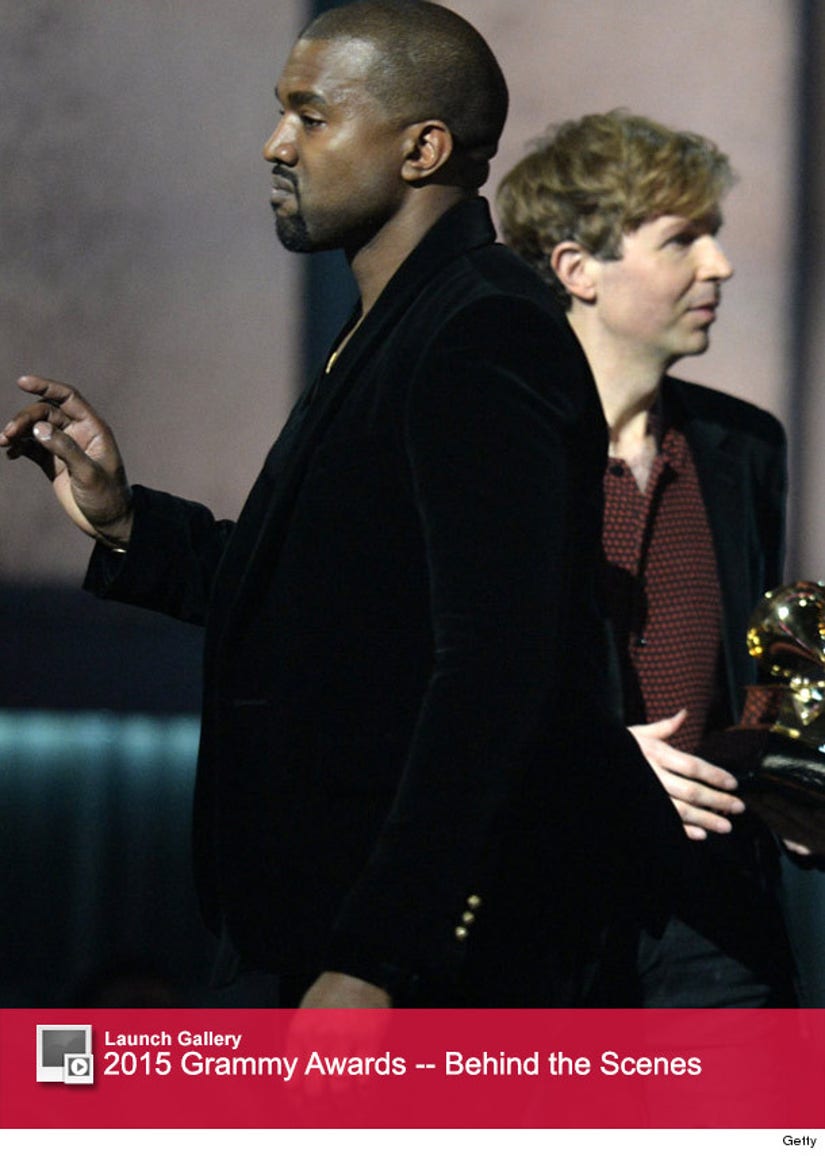