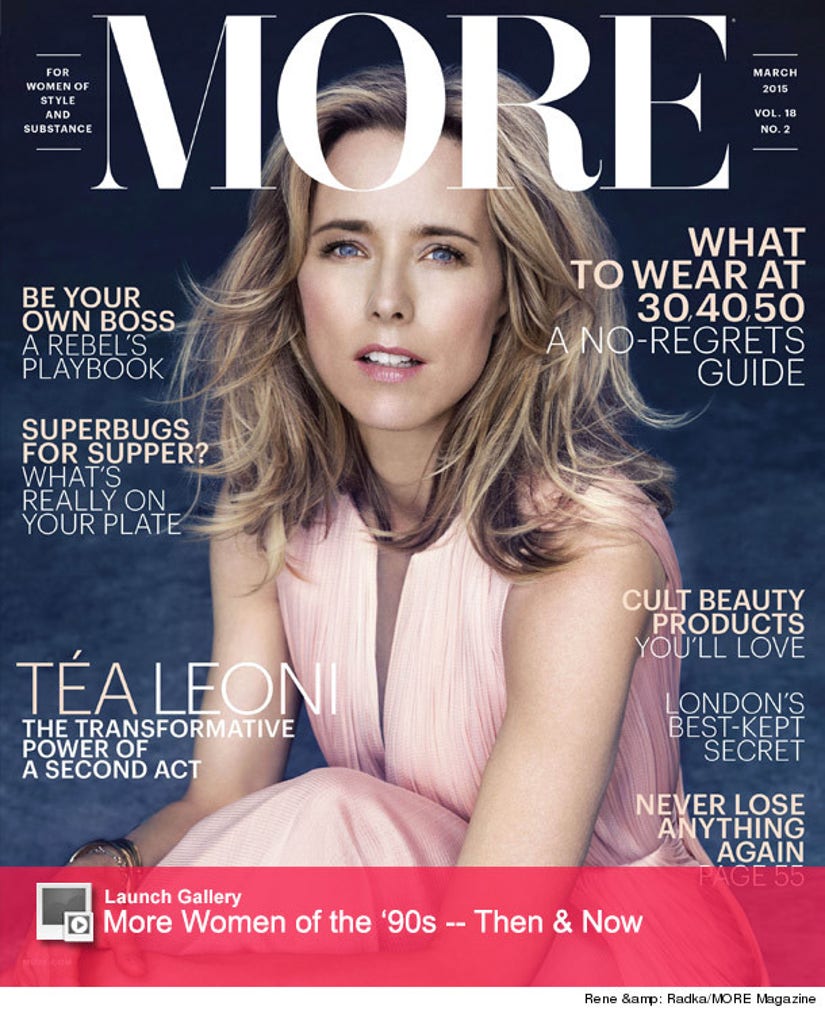 Tea Leoni's stronger than ever these days!

The actress covers the March issue of More magazine, where she opens up about aging in Hollywood, her relationship with ex David Duchovny and learning to let go of her "fears."

While we think the 48-year-old looks amazing, Tea says she's struggled with the idea of getting older ... especially when it comes to her career.

"[Brett] Ratner (her director on the 2000 film 'The Family Man')—whom I really like, by the way—was going around telling people that despite my age, I was 'still doable.' I think I was 34 then. And he was something like 28. I asked myself, 'Do I still care about that?' And at that time, I did. I felt that pressure to be 'doable.' It was the meanest thought I'd had for myself in a long time," she tells the mag.

Today, the blonde beauty is far more comfortable with the idea of aging in Hollywood.

"Thankfully, I've moved past all that. Chasing youth is a war I'm not going to win," she confesses. "It's not like I'm thrilled to turn around and catch my can in the mirror, but I can see now how much of my happiness could be a victim of trying to stay young and desirable. And it feels like peace and victory to be relieved of that burden." 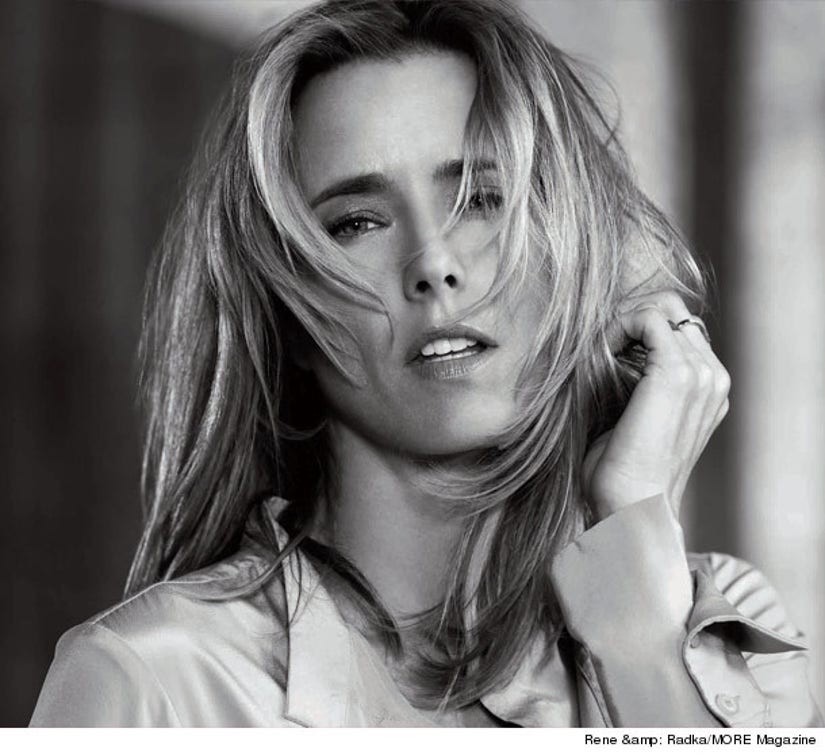 The actress likewise went through a very high-profile divorce in 2014 with her ex Duchovny. The two had been married for 17 years. While Leoni says that she's "divorced and liking it," she still has a hard time dealing with the "Californication" star from time to time.

"On occasion, I want to throttle him," Leoni admits. "But in any real relationship with someone you love, that's true."

And there's definitely still love there. Tea and David still talk almost every day and co-parent their two children, Madelaine, 15, and Kyd, 12.

The "Jurassic Park III" star also says that she's trying to be less hard on herself these days, too.

"Fear is terrible. I'm no different than anyone else. I don't want people to judge me and find me wanting. I spent some time in my marriage being fearful of how it would go, or end, or not end, and I think, with the kids, some fear as a new mother. I didn't know what I was doing. I remember packing the freaking diaper bag. I would get obsessed. If there is an earthquake, can we survive for two weeks on the contents?," she reveals.

We can't wait to see even more of Leoni on her new series "Madam Secretary" -- what to you think about Tea's candid comments? Sound off below and click "Launch Gallery" above to see more women of the '90s then and now!

Make sure to pick up the March issue of More magazine on stands Feb. 24!