Sounds like Will Smith still gets a little jealous when it comes to his wife Jada Pinkett Smith!

The "Focus" star stops by Tuesday's "The Ellen DeGeneres Show," where he opens up about his wife's new role in "Magic Mike XXL" and his own sexy new movie with Margot Robbie.

But Jada's not the only Smith who's working with some sexy stars -- Will has a steamy new movie with the "The Wolf of Wall Street" stunner Margot Robbie. Make sure to check out the clip above to see what Jada said when she found out her hubby would be working with the gorgeous actress.

The 46-year-old actor also reveals that he doesn't exactly consider himself "sexy," which is why his new flick "Focus," was a little difficult to film.

"It really is, it's a strange thing to be considered. When I think sexy I look at Denzel [Washington] and I was like, now that's a sexy man. You know. So I never thought of myself in that way. So it's fun. It's fun," he confesses.

What do you think about the "The Fresh Prince of Bel-Air" star's candid comments? Sound off below and check out the gallery below to see more men of the '90s then and now! 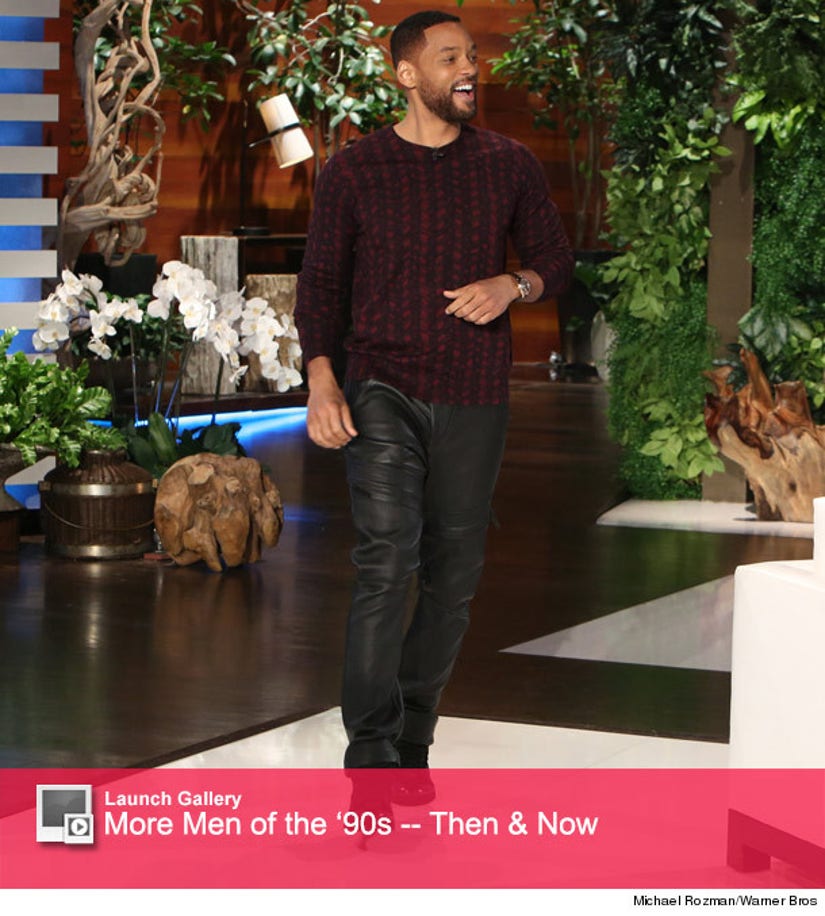